The Lonely Island just started production on their new movie, a mockumentary about a boyband reunion and parody of fluffy music documentaries, produced by Judd Apatow.  This sounds amazing, and we can’t help but hope that Samberg’s BFF Justin Timberlake will make an appearance along with some of his former bandmates!  After all, Lance and Joey are actors, too (see the 2001 masterpiece “On The Line.”).  And Justin is a respected actor and all now, but never forget where he got his acting start – “Model Behavior” playing a teen heartthrob.   From the superficial stars to the real ones.

Here are some of our favorite tracks by The Lonely Island (excluding the ones featuring JT because duh.)

3. “I’m On A Boat” featuring T-Pain
If you claim to not sing this every time you’re on/near a boat, you’re lying.

This week mark’s the 15th anniversary of one of the greatest albums of all time – *NSYNC’s “No Strings Attached.” We have fond memories of pre-ordering the CD at Sam Goody, running to the mall after school the day it came out to pick it up. And of course, you weren’t cool unless you brought the album with you the next day and fangirled over the pictures of your favorite (JC and Lance) in the CD booklet! In honor of this momentous occasion, here are our favorite songs from “No Strings Attached.”  We recommend celebrating by watching *NSYNC: Live from Madison Square Garden and dancing along.

1. “Bye Bye Bye”
Everything about this song is amazing. The dance moves, the video, that note JC hits?

2. “It’s Gonna Be Me”
The origin of *NSYNC’s signature slow lean and pop.

3. “I Thought She Knew”
*NSYNC were known for their moves and style, but this track proved they could SING. We get chills every time we listen to it. If we ever get to hear this live (Which we will because a reunion tour will happen.) we will be in tears.

4. “It Makes Me Ill”
Don’t you feel awesome when you can sing along to that quick verse at the beginning?

5. “Digital Get Down”
Basically, *NSYNC sang about Face Time before it was even a thing.

We literally could not be more excited for the upcoming Backstreet Boys documentary!  It’s in theaters January 30th, and is just the perfect pick-me-up during that dreaded post-Christmas, concert-less vortex known as January and February.  Watch the official trailer below!

Make sure you practice your BSB choreography in the meantime, because if people aren’t dancing in the aisles in the theater we will be VERY disappointed.

Be sure to follow Backstreet Boys & Secret Fangirls for more updates!

Backstreet’s Back, alright?  After teasing us with the trailer on tour for the last two summers, the Backstreet Boys movie finally has a release date!  “Show ‘Em What You’re Made Of” will be released in theaters and video on demand January 30th, 2015!  The documentary is a behind the scenes look at the best selling boyband of all time, who are celebrating a remarkable 21 years together this year.  It was filmed over a two year period, including their worldwide “In A World Like This Tour.”  So, you just might see yourself in the movie!

Watch the trailer below and start planning that BSB screening party with your fellow fangirls now.  And brush up on your dance moves, because there better be dancing in the movie theater aisles.

The documentary will premiere later in 2015 on VH1 as part of VH1 Rock Docs.

One of our favorite Artists To Watch, LA-based boyband Phase V recently released their next single called “Never Gonna Give You Up”.  Nope, you’re not getting Rick Rolled on this one, they did sample that now iconic song on the latest track!

After successfully reaching (and surpassing) their Indie Go-Go campaign goal, Phase V have been hard at work in the studio and on stage making sure their fans get the best live show and EP possible.  We love Phase V because they are a legit boyband – synchronized dance movies, harmonies and all.

Listen to Phase V’s new single “Never Gonna Give You Up” below and help keep the boyband tradition alive!

Pick up a copy of the single on iTunes now so you can sing along when you see them live!

Be sure to follow Phase V and Secret Fangirls on Twitter for the latest on your favorite new artists. 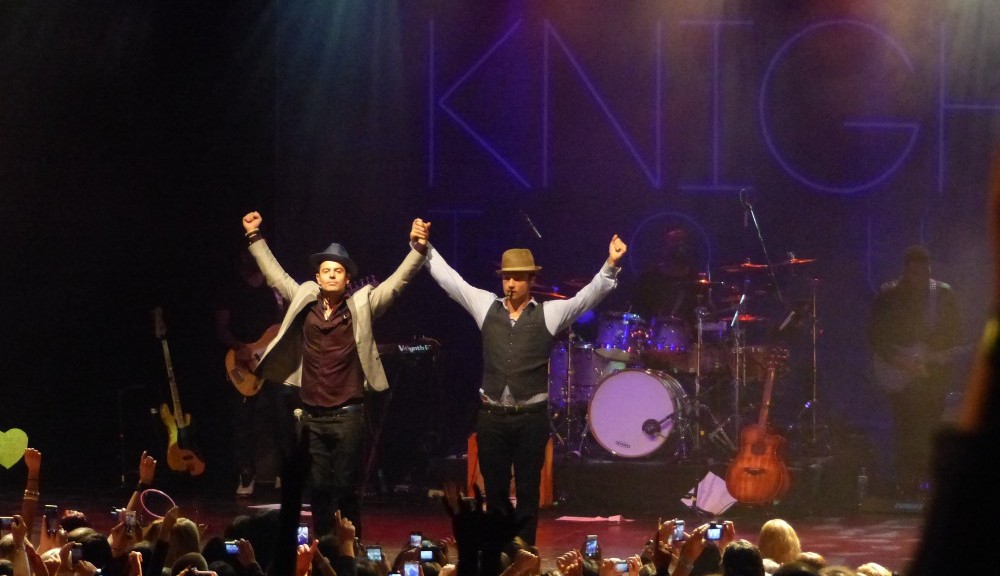 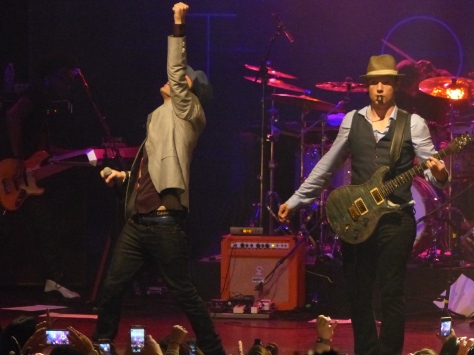 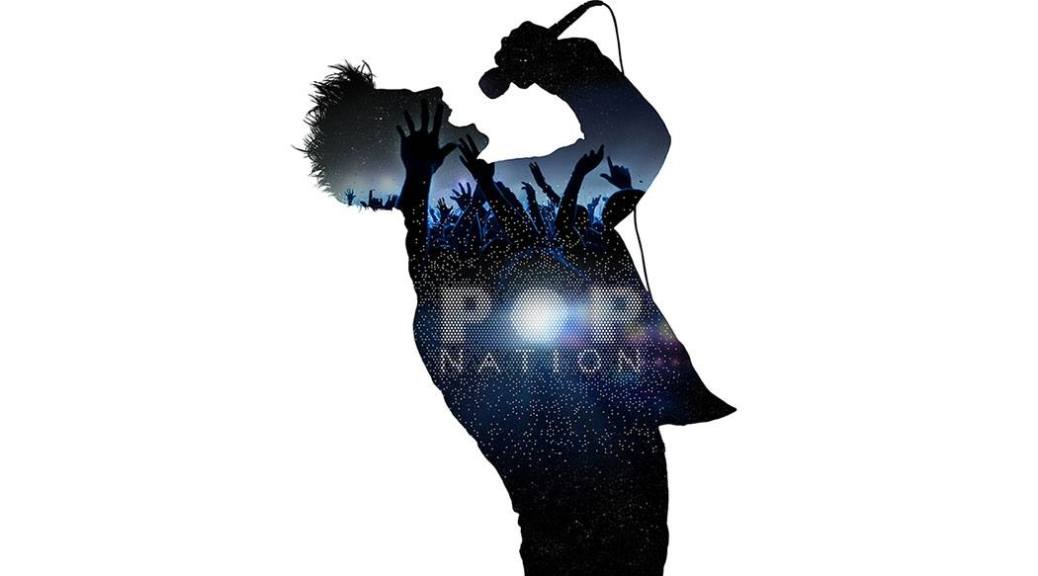 We all know the 90s were the greatest musical era of all time, especially for pop music.  We had Backstreet Boys, we had *NSYNC, we had Britney, we had 2ge+her, we had it all.   So we were thrilled when we heard about a new musical opening in New York that is set in the 90s pop scene.  “Pop Nation,” opening in November,  “puts you behind the scenes as boy bands and bubblegum divas blast off on a whirlwind ride to the heights of pop royalty.”

The show is described as a “social theatrical experience,” mixing the feel of a musical with a nightclub.  We’re not sure exactly what this means, but they had us at “90s boybands” and we’ll definitely be checking this one out.   “Pop Nation” features original music by Damon Intrabartolo, choreography by RJ Durell, who has worked with Madonna and Britney, and production design by Kevin Antunes, JT’s go-to.

Previews for this new musical begin November 14th at the Hudson Hotel in New York City.  Tickets are available now on the official “Pop Nation” website. 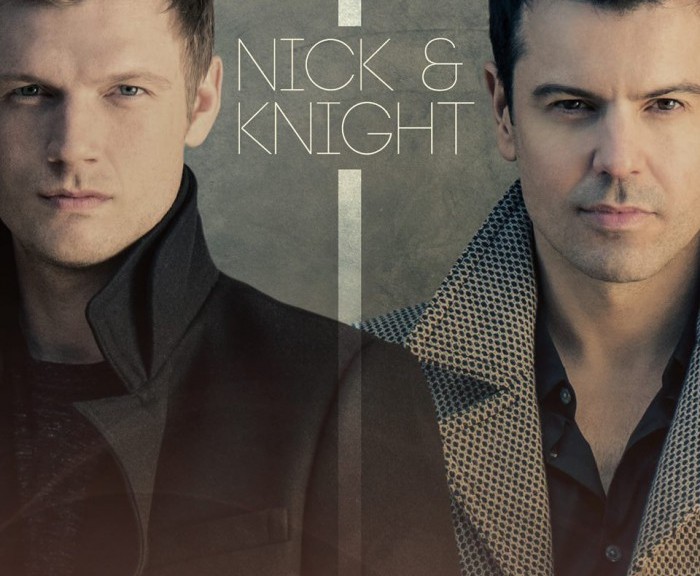 In case you haven’t heard, Nick & Knight’s debut album will be released next week!  The album, out September 2nd, is a collaboration between all time boy band greats Nick Carter and Jordan Knight.   In celebration of the album, here’s a look at our favorite Nick & Knight songs and collaborations.  If you’re in NYC, you can celebrate the album release with Nick & Knight at Highline Ballroom!  Get more info here.  You can pre-order Nick & Knight’s album on iTunes now!

1.  Jordan Knight – “Give It To You”
Jordan’s first solo hit was a smash on TRL back in the day, although looking back we probably shouldn’t have been singing this song.  Oh well.  It was co-written by Robin Thicke, so it all makes sense now.

3. Nick Carter – “Just One Kiss”
While Nick’s solo career never reached the height of Jordan’s, he did release his 2nd solo album in 2011, including this catchy lead single.

4. NKOTBSB – “Don’t Turn Out The Lights”
The start of the Carter-Knight bro-mance began in 2010 when the supergroup, NKOTBSB was formed, AKA the greatest thing to happen in boy band history.

5. Nick & Knight – “One More Time”
And the second greatest thing to happen in boy band history: the first single released by the duo!  We can’t wait to see them on tour this fall.  Check out all the dates here!

In a plot that sounds oddly familiar, A&E announced today that it had greenlighted a series that follows boy band members and brothers Nick and Drew Lachey, of 98 Degrees, as they open a bar in their hometown of Cincinatti, OH.   Why mess with a formula that works? The show will premiere on A&E in 2015, and filming is already underway.

Both Nick and Drew are no strangers to reality TV.  Nick was a pioneer in the celeb-reality genre, staring in MTV’s “Newlyweds” back in 2003.  Drew was the champion of the second season of ABC’s “Dancing With the Stars,” and returned for their all-star season in 2012.

We’ll definitely be tuning in.

Be sure to follow Nick Lachey, Drew Lachey & Secret Fangirls for more updates!

We are huge boy band fans here at SecretFangirls.com, so we are thrilled that two of our favorite members, Jordan Knight of NKOTB and Nick Carter of Backstreet Boys, are teaming up once again for a joint album and tour.   Having seen both acts live (NKOTBSB was by far the greatest concert of our lives), we have to say that both Jordan and Nick are the members that consistently BRING IT each and every night of tour.  We can’t wait to see what happens when they team up on stage.  Check out all of their tour dates HERE!

Watch the video for their first single “One More Time” below!

You can pre-order their album, “Nick & Knight,” on iTunes now!  You’ll get an instant download of “One More Time” and a new track, “Paper.”  The album will be released on September 2nd, just enough time for you to learn all of the words before the tour starts.  Check out the track listing below!