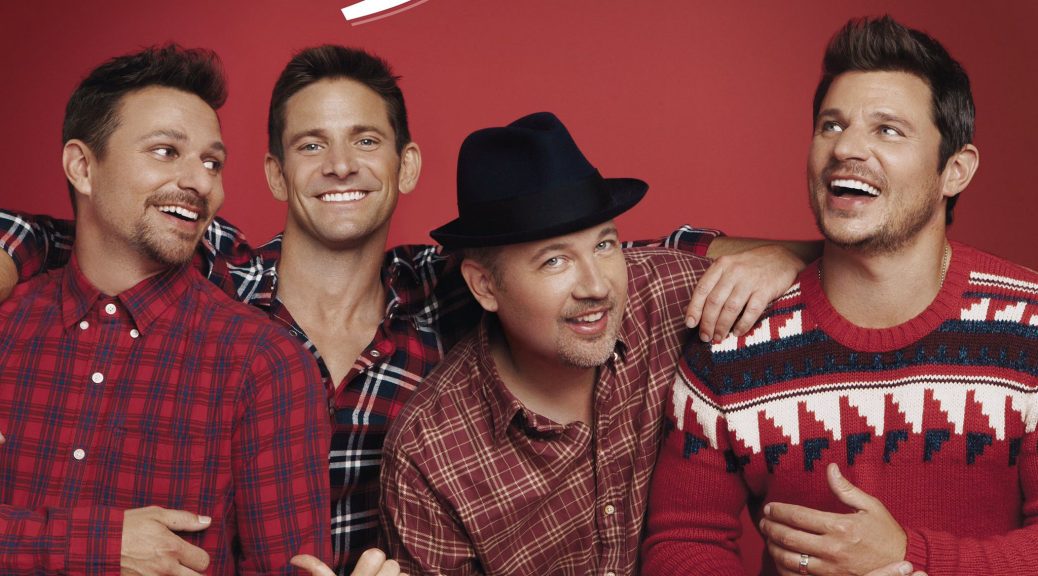 Summer might be winding down but it’s beginning to look – and sound – a lot like Christmas!  98 Degrees just announced a brand new Christmas album called “Let It Snow” and what is sure to be a legendary “98 Degrees At  Christmas Tour” for this Winter.   Jeff, Nick, Drew, and Justin have been waiting to give you this gift, and there’s no better time to get tickets than when they go on sale this Friday, August 18th.  You can also use the code “98Christmas” to get pre-sale tickets now!   “Let It Snow” will be released on October 13th so you’ll have plenty of time to get into the Holiday spirit.

Be sure to follow 98 Degrees & Secret Fangirls for more updates! 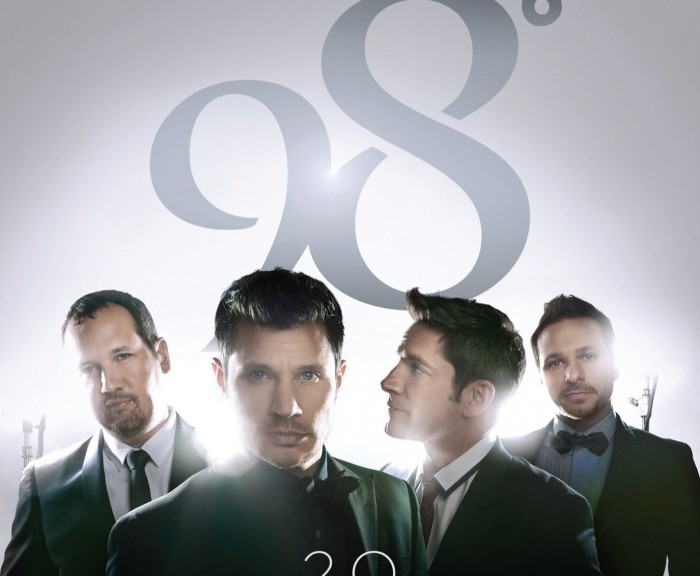 In a plot that sounds oddly familiar, A&E announced today that it had greenlighted a series that follows boy band members and brothers Nick and Drew Lachey, of 98 Degrees, as they open a bar in their hometown of Cincinatti, OH.   Why mess with a formula that works? The show will premiere on A&E in 2015, and filming is already underway.

Both Nick and Drew are no strangers to reality TV.  Nick was a pioneer in the celeb-reality genre, staring in MTV’s “Newlyweds” back in 2003.  Drew was the champion of the second season of ABC’s “Dancing With the Stars,” and returned for their all-star season in 2012.

We’ll definitely be tuning in.

Be sure to follow Nick Lachey, Drew Lachey & Secret Fangirls for more updates!

It’s been an amazing couple of years for boyband aficionados such as ourselves.  It all started when NKOTBSB (that’s New Kids on the Block and Backstreet Boys, duh) announced they would be joining forces for a tour in 2011 (arguably the best tour of our entire lives).  The next year, 98 Degrees reunited!   We still aren’t sure if the t-shirt we got at their Mixtape Festival show has a picture taken in 2002 or 2012.  They’ve aged EXTREMELY well.  And of course 2013 brought us the Package Tour: NKOTB, 98 Degrees, AND Boyz II Men.  What more could a boyband fangirl ask for?  Well then we got the greatest gift of all: NSYNC REUNITING AT THE VMAs (yes, we have to write this in all caps every time we mention it, because OMG!)  We should actually thank Big Time Rush for all of these boyband reunions, because they brought boybands back.  Alright?

While we impatiently wait for that NSYNC reunion tour, which unfortunately doesn’t look possible for this summer as Justin Timberlake will still be out on his 20/20 Experience World Tour, we thought about which OTHER boybands could reunite in 2014 to fill the void…

1.  5ive – They were the original Simon Cowell boyband.  Their first single, “Slam Dunk (Da Funk)” debuted at number 10 in the UK, but had little success in the United States. Their second single, “When The Lights Go Out” was certified Gold in 1998. They made a few bad decisions along the way, like turning down a song called “Bye Bye Bye…”

2.  2ge+her – Okay, so they were created as a joke but they’re still iconic in boyband history. We still find ourselves breaking out into their hit song “U + Me = Us (Calculus)”

3.  BBMak
Remember when they were on Even Stevens?  Pretty sure “Back Here” was also played on every single WB show.

4. O-Town
Apparently, this is already actually happening.  They recently launched a Twitter page and keep hinting at future music.

5. LMNT
We wanted to share the official music video here, because it’s amazing, but someone has managed to faceblock it from the internet.  In summary: the boys bring a boom box to the laundromat and dance around in their muscle tanks.

7. LFO
Otherwise known as the Lyte Funky Ones, they made it impossible for a generation to say “Abercrombie & Fitch” without thinking of this song.  (or is that just us?)

8. The Original Menudo
with Ricky Martin.  If you’re into these pants, you can buy them now at American Apparel!  In the women’s department.

9. Boyzone
We’ve actually never heard of them before, but this is an amazing name, so yes.

10.  The Moffatts
This band has FOUR brothers!

11. S Club 7
This isn’t strictly a boyband, but they are still awesome.  Remember their show on ABC Family?

But really, WE JUST WANT AN *NSYNC REUNION!!  Please?

It’s almost time for 2014, so you know what that means – time to recap our favorite moments of 2013!  (We’re so original here).   As we mentioned before, 2013 was an awesome year for music, especially if you’re a secret fangirl.   Here are our favorite things that happened this year.  Check out Part 1 here.

5. Summer Break Tour
We were already thrilled that Victoria Justice was heading out on a summer tour, and the lineup got even better when it was announced she would be joining our favorite boy band, Big Time Rush!  The show was the perfect summer tour:  fun music and cute boys on a warm summer night under the stars.  What more could you ask for?!   BTR broke out their amazing dance moves, and Victoria’s “Shake” dance has a fun Zumba choreography.   Learn it here!  Openers Olivia Somerlyn and Jackson Guthy are ones to watch for in 2014.

4.  The Package Tour
It’s no secret that we love boybands, so a tour with three of the best ever on the same bill was like a dream come true!   98 Degrees, Boyz II Men and New Kids on the Block joined forces for one of the most entertaining tours of the year.  NKOTB have proved time and time again they still have the right stuff, we are pretty sure 98 Degrees haven’t aged a day since 2002, and who doesn’t love Boyz II Men’s 90s jams?  They all seem to get better and better with age.   And what comes with age is simply not caring what people think, and this is a beautiful thing.  If you haven’t seen NKOTB live, get to a show as soon as possible.

3.  Hunter Hayes
We expected big things from Hunter after winning Best New Artist at the CMAs last year and we were right.  He released the deluxe version of his debut album, “Encore,” this summer with new tracks like “I Want Crazy” and “A Thing About You.”  We had the chance to see him live and he does not disappoint.   We knew he would be amazing, but Hunter blew us away with his serious musicianship and his passionate performance.

2.  Justin Timberlake’s Return to Music
We’ve been impatiently waiting for the day JT would come back to his musical roots, and let’s face it, it wasn’t looking like it would happen anytime soon.  Little did we know JT had secretly recorded an album last summer and would be releasing it so soon after that thrilling “I’m Ready” teaser came out.  If you haven’t made it to a show on the 20/20 Experience World Tour, pay whatever amount you can find tickets for because JT is WORTH IT!  He performs for nearly 3 hours, plays every song you’d want to hear, and has a few surprises up his sleeve that we won’t ruin for you.  Just seriously, go.  You never know – it could be 7 years before you get the chance again!

1.  *NSYNC REUNITING AT THE VMAs!!!!
We could hardly believe it when the rumors started earlier that week.   Sure, it was only 90 seconds, but it was more *NSYNC than we’ve had in a decade!   And they’ve proved that they’ve still got it – if they were that great after just a few hours of rehearsal, imagine if they planned a full tour?  And man, we miss hearing JC Chasez’s voice.  We’re just keeping our fingers crossed for a full reunion tour.   We don’t mind waiting (Lance Bass announced his first solo single will be out in January!) as long as it happens!