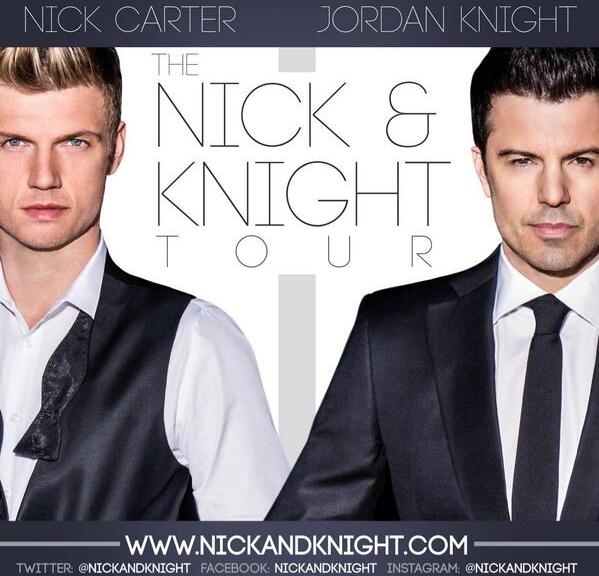 As we’ve said before, Good Morning America gets all of the important fangirl announcements!  This morning, Nick Carter and Jordan Knight stopped by to drop huge news:  they recorded an album together, Nick & Knight, and are going on tour this fall!

The album will be released on September 2nd.  Pre-orders are up now at NickandKnight.com, and you’ll receive a digital download of their first single “Just The Two of Us” instantly!

We’ve seen collabs from within boybands before (such as Jordan Knight’s “Stingy” feat Donnie Wahlberg), but this is the first cross-boyband duo in history.  Since NKOTBSB was pretty much the greatest thing that has ever happened in the history of boybands, we are beyond thrilled for Nick & Knight!

Tickets go on sale Friday, May 2nd at 10am local time.  And don’t forget NKOTBSB are a close knit bunch – you never know who could stop by your show!  When we saw Jordan Knight in NYC, Donnie Wahlberg & Jonathan Knight stopped by.