The TODAY Show just announced their annual Summer concert series performers and this year they’ve got some HUGE names coming to the plaza to perform all Summer long!  They’re no strangers to getting the biggest names in music to perform and this year is no different.  Past artists include 5SOS, Dierks Bentley, Shawn Mendes, Celine Dion, Charlie Puth, Fifth Harmony, Fall Out Boy, Nicki Minaj, Hunter Hayes, Jason Aldean, Puff Daddy, and Meghan Trainor.

All concerts take place live from Rockefeller Plaza outside of the TODAY show studios in NYC.  If you plan on attending, we suggest showing up no later than 5am  as there is usually a crowd and entry is not guaranteed even with a Fan Pass. All concerts take place between 7am and 9am and most of the time, you’ll get to see the artists soundcheck as well!

TODAY Show fan passes are available by signing up for the TodayShow newsletter and are the best way to experience these early morning sing alongs.  These passes get you closer to your favorite artists and let’s face it, you’ll always remember that morning when Niall/Harry/Thomas Rhett/Joe Jonas/Halsey serenaded you – not that Wednesday or Friday that you were so well rested for work/school.

Sign up for fan passes HERE and we’ll see you out on the plaza!!  Check out the full line up below.

Be sure to follow the TODAY Show and Secret Fangirls on Twitter for the latest news on your favorite artists!

Shawn Mendes just announced a HUGE headlining show at New York City’s most iconic arena, Madison Square Garden.  The concert and special album event is set for September 10th, 2016 and while we’re still a couple months away, we’re so excited to see someone grow from a Vine star to a headliner at MSG!

When you buy a ticket to this special show, you will receive a physical copy of Shawn’s brand new album, “Illuminate” due out September 23rd, 2016.  General public tickets and ShawnAccess exclusive tickets are available now for this exciting concert on the ShawnAccess App. 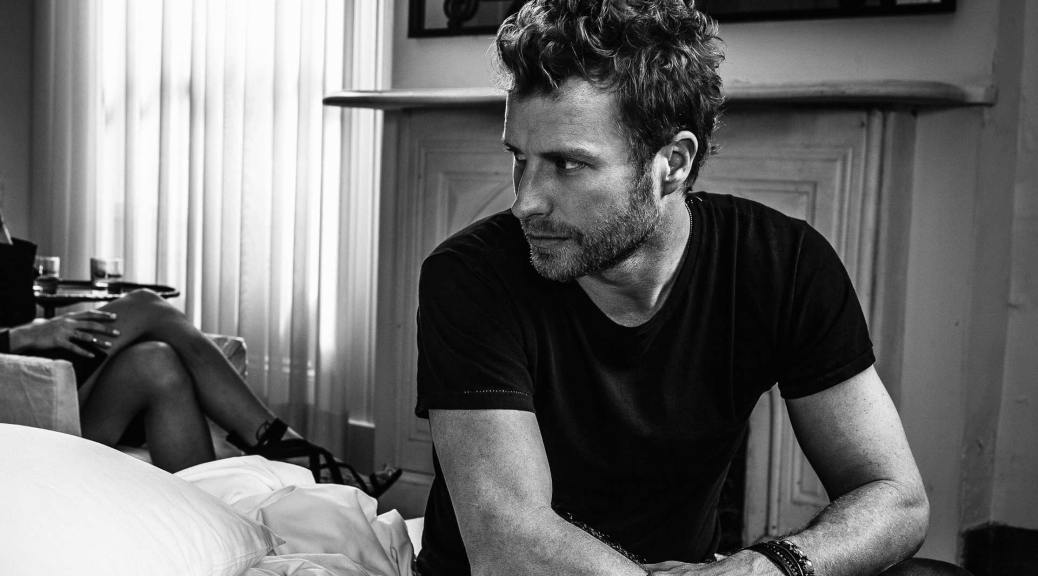 The TODAY Show just announced the lineup for it’s annual Summer Concert Series, and it is STACKED.  Dierks Bentley, Shawn Mendes, DNCE & more will all hit the Rockefeller Center stage this Summer. If you’re in NYC, you can watch the show in person!   Head over to the TODAY Show concert site for all the info.  We suggest showing up no later than 5am as there is usually a crowd.  Also make sure you sign up for the mailing list so you can get info on the Fan Pass.  A Fan Pass is awesome and gets you first entry into the show.  All concerts take place from 7am to 9am and most likely you’ll get to watch the artist soundcheck as well!

Be sure to follow The TODAY Show & Secret Fangirls for more updates! 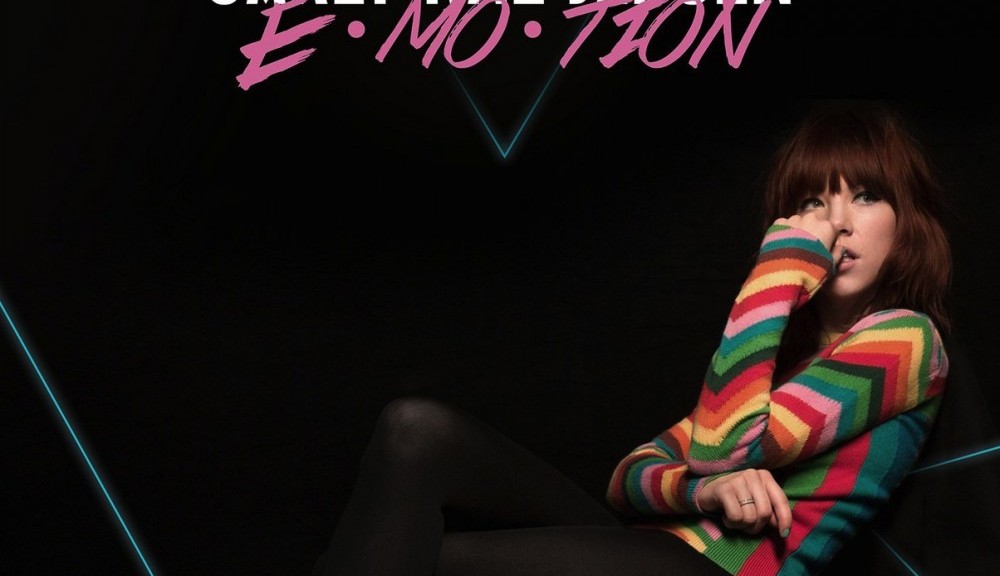 We really, really liked Carly Rae Jepsen’s last album, “Kiss,” and are so excited that we have a release date for her next album!  Carly’s third studio album, “Emotion” will be released on August 21st following the success of her second viral video hit “I Really Like You.”  The album will include that track, along with “All That” and the forthcoming single “Run Away With Me.”  Carly will be performing on August 21st as part of The Today Show’s Summer Concert series to celebrate the album’s release!

Check out the album art and the track listing below.

E•MO•TION will be available for pre-order on June 23rd and will be released on August 21st in North America! 😎🎉 pic.twitter.com/GV9mkhXwOq

Pre-orders will be available on June 23rd.

Shawn Mendes just announced his debut album “Handwritten” will be released on April 28th!  The Vine star-turned pop star braved the NYC Blizzard to make a special appearance on the Today Show to  make the big announcement and perform his new single “A Little Too Much.”  When you pre-order Shawn’s album, you will receive his new single instantly!

Watch Shawn perform “A Little Too Much”  below.

Pre-orders for “Handwritten” are available on iTunes now!

The deluxe version of the album will feature a 60 page book with lyrics and photos, as well as your name printed inside the back!  If you’re one of the first 1,000 fans to pre-order the deluxe album, you will receive a signed card from Shawn himself.  Visit Shawn’s website to order!

Pick up a copy of Shawn’s debut EP on iTunes or Amazon now! 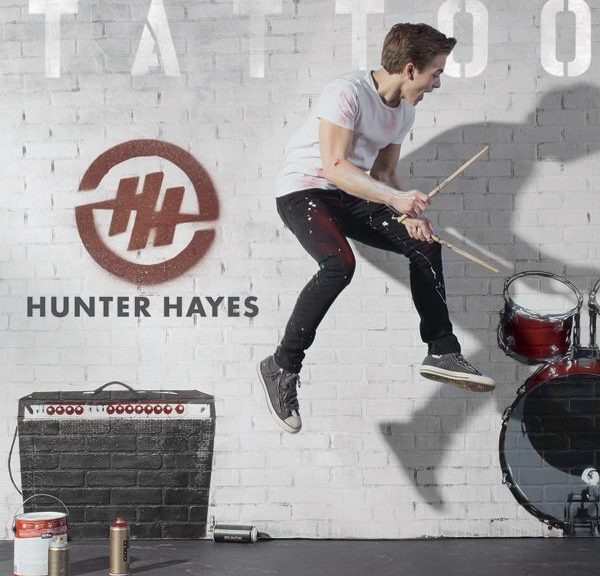 After teasing us with short previews the last couple of weeks, Hunter finally released the video for his new single, “Tattoo!”   This is by far one of our favorite songs of the summer, from his new album, “Storyline.”   Watch the video below!

You can see Hunter Hayes in New York on the Today Show August 22nd, and at the US Open Arthur Ashe Kids Day August 23rd! 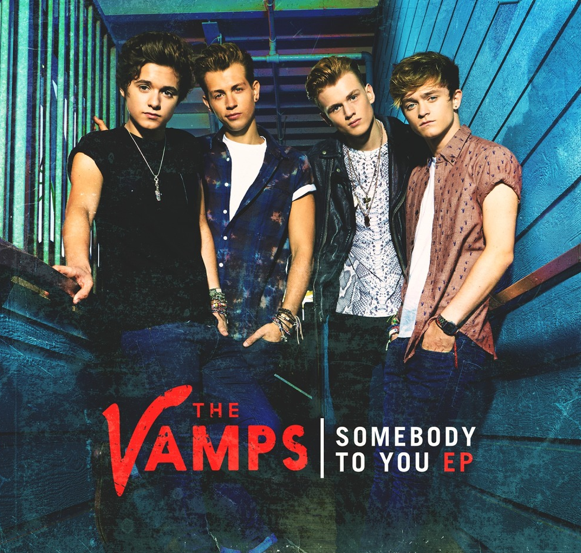 In case you were still sleeping from the previous couple days of trying to find foreign boys in bands around NYC, The Vamps performed on The Today Show and absolutely smashed it!  The guys gave it their all this morning and here’s hoping the rest of America learns about The Vamps before the Austin Mahone tour which begins tomorrow!

Watch the video of The Vamps performing “Somebody To You” this morning below!

You can pre-order a copy of the “Somebody To You” EP, out August 4th,  on iTunes now if you’re in the US.  The rest of the world can grab a copy of their debut album “Meet The Vamps” now!

Don’t forget to follow The Vamps and Secret Fangirls on Twitter for the latest on your favorite artists!

Tuesday was an awesome day to be a 5SOS fan:  the Aussie band’s debut album FINALLY got released in the US!   AND they had a rockin’ performance on The Today Show!  Ashton, Michael, Luke, and Calum were full of energy and they definitely showed the Today Show that they’re not just a teen sensation – they are talented musicians.  Rockefeller Center was packed with 5SOS fans in one of the largests Today Show crowds we’ve ever seen!  Someone even brought out a giant Will Smith face for the occasion that didn’t go unnoticed by the guys.

5 Seconds Of Summer performed three fan favorites on the TODAY Show!  Watch the videos for each below!

The band’s US album debut is something that is going to bring back the pop-punk to the youth of America.  It’s exactly the right blend of  Maryland’s own All Time Low and Good Charlotte, and the UK’s McFly and Busted.

If you’re reading this, you probably don’t need to be reminded but you can get 5SOS’s debut album on iTunes now!  Or head to Target and get their exclusive edition in your favorite color (Or all 4.  We don’t judge).

We are so excited that Hunter Hayes will be back in NYC in August! Hunter was just added to the lineup for the Today Show Toyota Summer Concert Series on August 22nd.  Make sure you tune in at 8AM to watch, or if you’re in NYC head to Rockefeller Plaza (early!) to catch the concert!

Not in NYC?  Hunter wants to give you a chance to come to the show, too!  You can enter to win the ultimate summer concert experience:  a trip to New York to meet Hunter and catch his Today Show performance in person!  All proceeds from the contest will go to the Grammy Foundation, to support music education, and you can get rewards like a signed lyric sheet or campaign t-shirt.   Watch Hunter’s contest announcement below!

Visit Prizeo to learn more – you can enter until August 6th!

If you’re not an early riser, you can also see Hunter Hayes in NYC at the US Open Arthur Ashe Kids Day on August 23rd with The Vamps!   (Or you can go to both.  We are.)

After months of anticipation, we finally have a confirmed release date for AJR‘s debut album!  “Living Room” will be released on September 30th by Warner Brothers Records & AJR Productions.   Why “Living Room?”  Brothers Adam, Jack and Ryan Met wrote, produced, mixed, and recorded the entire album from their living room in Chelsea.

The band shared the news on Twitter, so their fans would be the first to know.

You guys are the first to know…Our debut album #LivingRoom will be released on 9/30! RT and spread the word. More surprises this week!

We’re hoping it includes crowd favorites like “Alice By The Hudson,” “The Green and The Town,” and “Married On a Hill.”  And of course we can’t wait to hear some new tracks!

**UPDATE: “Living Room” has been pushed back to 2015, but AJR are releasing the “Infinity” EP in the meantime, out 9/23!  Check out a message from the guys below:

AJR will also be performing on the Today show on July 29th!  Make sure you tune in at 10AM!

The band has a few more surprises coming your way this week, so stay tuned for the latest updates, and be sure to follow AJR on Twitter & Facebook!  While you eagerly wait for September 30th, you can download the I’m Ready EP on iTunes now!