The Band CAMINO have had a major breakout year in 2019 and they arent’ slowing down at all for 2020.  They just announced that they will joining Dan + Shay’s “The (Arena) Tour” hitting several major arenas across North America this Spring!

With massive hits like “Daphne Blue” and “See Through”, and their “tryhard” EP, The Band CAMINO have made a splash in the industry with insanely catchy tunes that never get old.

Check out the dates below and make sure you grab your tickets while you can!

Grab a copy of “tryhard” on your favorite streaming platform so you can sing along on tour.

Be sure to follow The Band CAMINO, Dan + Shay and Secret Fangirls on Twitter for the latest on your favorite artists.

Following the huge success of their first single, “19 You + Me,” which recently went gold, country duo Dan + Shay revealed that their next single to hit country radio will be “Show You Off!”  The track is off their debut album, “Where It All Began,” which has been hanging out at the top of the charts since it was released earlier this month.  We love the support we’ve seen for Dan + Shay from artists of all genres – they’re taking over the music world and we can see why!  They make us excited about music, and we just want to “show them off” too.

Check out an acoustic performance of “Show You Off,” from their “Warehouse Sessions” series.

You can see Dan + Shay on tour this summer with Hunter Hayes and Blake Shelton, as well as festivals across the US.  Check out all their upcoming tour dates here!

Just one day after releasing their highly anticipated debut album “Where It All Began”,  Dan + Shay stopped by Billboard to chat about their success, the album, and April Fool’s pranks!

Want to watch the #FirstTimeFeeling #WarehouseSession? Our friends at @Billboard have an exclusive premiere for you! http://t.co/vCkCOSwyxs

Check out an exclusive video from the Warehouse Sessions for “First Time Feeling” on Billboard below.

Pick up a copy of their album “Where It All Began” on iTunes or Amazon now!

Country duo Dan+Shay just released their debut album, “Where It All Began!”   The duo, Dan Smyers and Shay Mooney, met just a year ago in Nashville (in a tent of all places), and started writing songs together the next morning.  It’s been a whirlwind year for them, with the early success of their single, “19 You + Me,” which was added to country radio stations across the US last fall, and has peaked at #12 on the charts as of release day.   They have already been nominated for an Academy of Country Music Award for Vocals Duo of the Year.   Tune in on April 6th to see if they win!

Dan + Shay have been releasing tracks in anticipation of the album, including “19 You + Me,”  “What You Do To Me,” and “Show You Off.”  Each track has already been in heavy rotation in the Secret Fangirl office!  (We may have played “What You Do To Me” about 10 times in a row after it was released during the Oscars.)  The album has been streaming on Spotify for the past week, and yes we have been playing it every day since.  We’re so excited to get the full album for ourselves!

From the first notes of this album, you know it’s going to be on repeat all summer long!  The album is the perfect blend of country crooning, upbeat pop melodies, and lyrics that make us wish it was perpetually summer.  Dan+Shay nailed it not only musically, but from live performances to hanging out with fans before concerts, these guys have the star quality and potential to become heavy hitters in the country world within the next year. Hopefully they can become the next big crossover duo into the pop world, too!

Basically, this album makes us want to drive around with the windows down, drinking real Southern sweet tea, and pick up our acoustic guitar again.

Make sure you pick up your copy of Dan+Shay’s debut album, “Where It All Began” on iTunes and Amazon now! 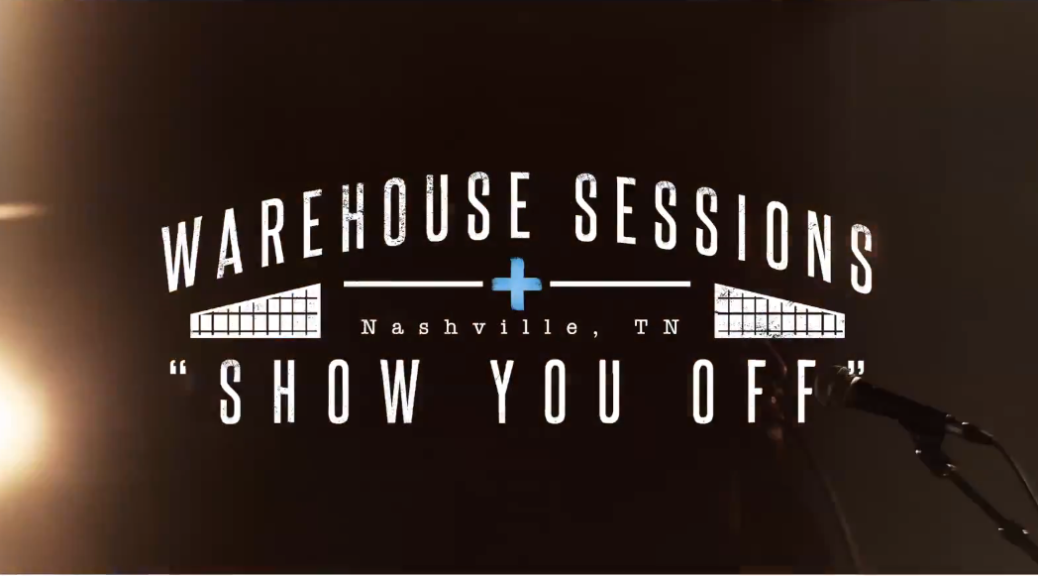 Last night, Dan + Shay surprised us with a new song from their debut album “Where It All Began” and today, they released a new video for “Show You Off” from the Warehouse Sessions!

We are totally in love with this song!! It’s definitely something we’re going to blast in the car, windows down, driving around a beach town in the summer.

Pre-order “Where It All Began” on iTunes now and download three songs instantly!

Don’t forget to get your tickets to Hunter Hayes’ “We Are Not Invisible Tour” with Dan+shay and Danielle Bradbery. Tour kicks off this week! Click HERE for the dates and tickets.

1. Hunter Hayes – “We Are Not Invisible Tour” feat. Dan+Shay, and Danielle Bradbery
It’s no secret that we are completely obsessed with Hunter Hayes (and Dan+Shay for that matter) but this tour tops this week’s Friday Five. Even better, Hunter is trying to set a world record for most concerts played in 24 hours AND it’s all in the country music deprived Northeast!! Click HERE for dates and ticket info.

2. Backstreet Boys – “In A World Like This Tour”
This morning, BSB announced they will be touring North America with Avril Lavigne. We are totally hyped on that lineup because who didn’t love “Sk8r Boi” the first time around?!  Click HERE for dates and ticket info and visit BackstreetBoys.com for VIP packages, upgrades, and fan club pre-sales.

3. 5SOS – “Stars Stripes and Maple Syrup Tour” feat. Jackson Guthy
Aussie band 5 Seconds Of Summer announced their highly anticipated North American tour and it sold out in minutes and tickets keep popping up for $300 on StubHub for the shows! They don’t even have an album out yet and already selling out concerts? That’s crazy. For ticket info and all of the dates, click HERE!

4. Bruno Mars – “Moonshine Jungle Tour 2014”
We all love “The Lazy Song” and “When I Was Your Man”, and who DIDN’T love his halftime performance!?? Don’t miss your chance to have Bruno croon his way into your heart forever on his upcoming summer tour! Get all of the dates and ticket info HERE.

5. Goo Goo Dolls Summer Tour feat. Daughtry and The Plain White T’s
In keeping with the 90s-00s nostalgia, the Goo Goo Dolls decided to go on another summer tour! This time they’re bringing Daughtry out with them. (we tried to sing one of their songs but it turns out we kept singing Nickleback….hey! kinda the same thing, right?) Click HERE for all of the dates and for ticket information.

As Hunter Hayes’ “We Are Not Invisible Tour” gets closer, we’re getting more and more hints about the tour and details about the new album!

Hunter announced his new album, “Storyline”, is due out May 6, 2014. Pre-order the album now on iTunes and receive the new single “Invisible” and “Wild Card” immediately!

Check out the track listing below!

Visit HunterHayes.com for more information about the new album and to pre-order.

Make sure you follow Hunter Hayes on Twitter and Facebook.
Get more information and tickets to Hunter’s “We Are Not Invisible Tour” HERE! VIP ticket packages launch tomorrow – March 12th.

Country duo Dan +Shay released a video from the Warehouse Sessions for their newest single, “What You Do To Me” this week.  Check out the video below!

Visit Danandshay.com and follow Dan + Shay on Twitter and Facebook.
Pre-order Dan + Shay’s debut album, “Where It All Began” on iTunes now.
Don’t forget they’re going on tour with Hunter Hayes in May! Get all the tour info HERE!

Country music duo Dan + Shay have only been writing together since last year, but their debut single “19 You + Me” has already made huge strides on the country music charts, peaking as high as #15.

Their debut album, “Where It All Began,” will be released on April 1st.  Pre-order now, and you’ll get an instant download of the tracks “What You Do To Me” and “19 You + Me!”  You can also buy the songs as singles if you’d rather wait for the physical album.

Dan + Shay will be heading out on tour opening for Hunter Hayes and Blake Shelton later this year.   You can purchase the Dan + Shay + You Experience, and get to meet the guys and attend a private acoustic set before the show.   Check out all the details here and view all of their tour dates at DanandShay.com!

Pre-order “Where It All Began” on iTunes now!

Dan+Shay just announced the title of their highly anticipated debut album. It’s called “Where It All Began” and the guys even shared the album art with us!

We can’t wait for the album to be released but more importantly, for these guys to get to touring! They’re heading out with Hunter Hayes in May, on his “We’re Not Invisible” Tour, and then joining Blake Shelton’s “Ten Times Crazier” Summer Tour. Big things are ahead of Dan+Shay and we’re excited for every second of it!!