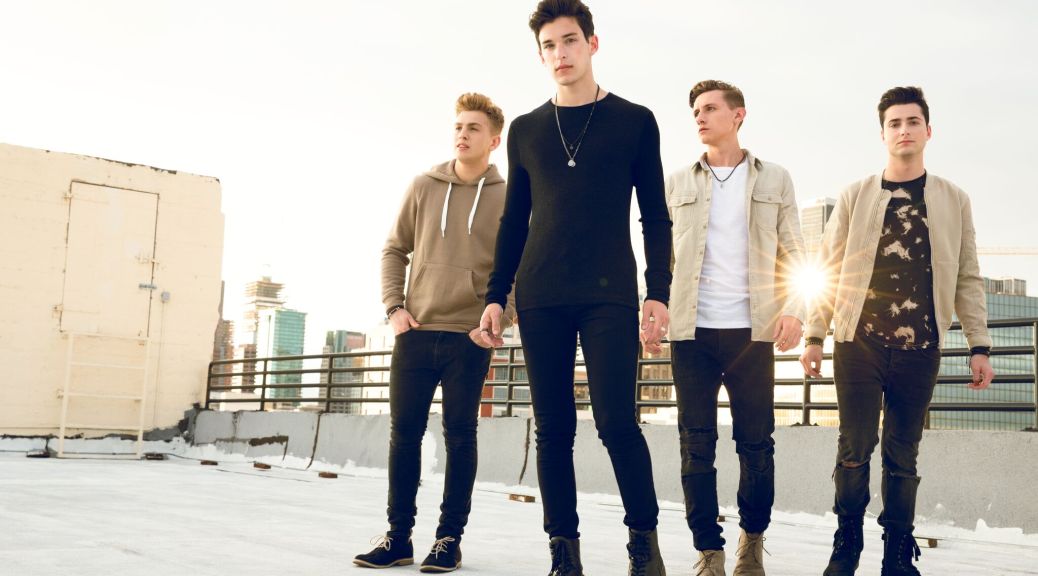 Based in New Jersey, home of classic rock and emo kings galore, The Catching have been making a name for themselves from an early age. Consisting of four friends ranging in age from 18 to 20, singer Holden Glazer, guitarists Jake Farbman and Evan Hemwall, and drummer Drew Stevens, The Catching are ready to take over your Summer playlist!  After releasing their debut EP “Teenage Fiction Pt. 1” almost a year ago, these guys have been causing waves ever since.

The Catching recently teamed up with legendary song-writer/producer Matt Squire (All Time Low, Selena Gomez, Panic! At The Disco) for their next release due out later this year.  While we anxiously wait for the new EP, the guys shared a brand new video for their latest single “Do It All Again” off the upcoming project!  The new track centers around the ups and downs of a relationship and how they would make the same mistakes all over again.

Watch the video below and stay tuned for more new music from The Catching!

Grab a copy of “Do It All Again” on iTunes or Amazon now.

Be sure to follow The Catching and Secret Fangirls on Twitter for the latest on your new favorite artists!

Summer concert season is officially here!  Dierks Bentley got the season off to a rocking start last night when the first stop on the “Somewhere On A Beach” Tour hit the PNC Bank Arts Center in Holmdel, NJ.  He set a very high standard for the rest of the shows we’ll go to this Summer.  It was a high energy show from start to finish, and his 90 minute set seemed to fly by!  Dierks gets an A+ in fan interaction, constantly hi-fiving and pausing for selfies during the set without missing a beat.

We got an exclusive first listen of Dierks’ new album, “Black,” in his mobile listening tour bus.  (yes, we fangirled hard at getting to be on an actual tour bus).  If you’re a black card member you can get on the bus too!  You can pre-order the album and get a card at the show if you don’t have one already.  We pre-ordered “Black” without hearing a single track from the album, knowing it would be awesome, and it even exceeded our expectations.

Opening acts Tucker Beathard, Cam, and Randy Houser set the tone for the evening with their lively sets.  Cam’s set showed the range of her music, from fun tracks like “Go Get ‘Em Cam!” and “Country Ain’t Never Been Pretty,”  to her emotional hit “Burning House” and new single “Mayday.”  The singalong and cheering during Randy’s performance of “Like A Cowboy” was one of the loudest and craziest we’ve ever heard.  New Jersey country fans, we are proud. 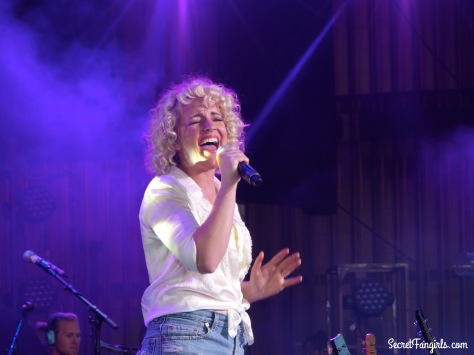 On to the main event:  DIERKS!!   He encouraged the crowd to tip it on back and get a little sideways, free and easy.   The crowd was certainly there to get their good time on.  His set included hits from all of his albums along with new material from “Black.”  Some die hard fans (ourselves included) already knew the words to the new tracks like “What The Hell Did I Say” and even the title track which was as steamy live as the brand new video! 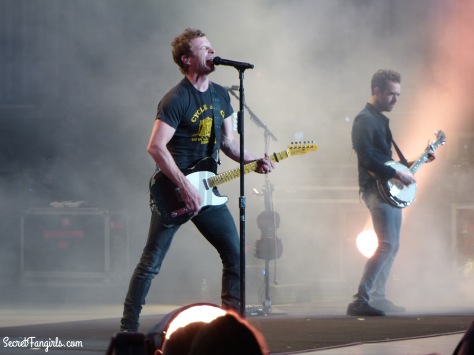 One of the more emotional moments during the show came during “I Hold On,” which is in memory of Dierks’ father.  As the crowd loudly sang along, he told them that was always his favorite part of the night.  Later, Dierks decided to get a little closer to the audience and jumped from the stage into the middle of the crowd to make his way to a stage in the back.  He was joined by Cam and Randy for “Take It Easy.”  From the main stage to the B stage, Dierks’ knows how to get every single part of the crowd involved and  keep them entertained even if he’s not right in front of them.

We almost don’t want to ruin it for you, so maybe stop reading this if you’re going to the tour.  During the encore Captain Dierks came out on an actual Dude Air plane.  Cam and Randy joined him on stage one last time, before members of the crew ran out, some in their Riser flight attendant outfits.  After the show, Dierks stayed on stage and signed anything people handed or tossed to him for a good 10 minutes as “Wanted Dead or Alive” was pumping through the venue. As if we didn’t love him enough already.   Check out the dates for the “Somewhere On A Beach” tour HERE and get your tickets now! 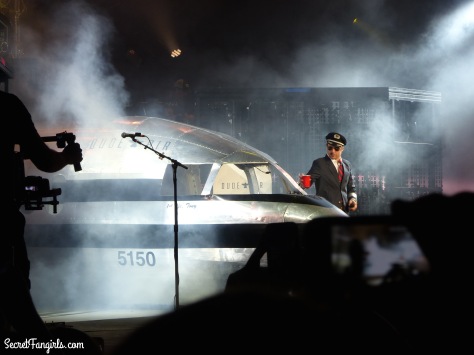 Setlist:
Up On The Ridge
Free And Easy (Down The Road I Go)
Tip It On Back
Am I The Only One
5-1-5-0
Say You Do
Lot Of Leavin’ Left To Do
What The Hell Did I Say
I Hold On
Every Mile A Memory
Black
Feel That Fire
Take It Easy (cover)
Freedom
Somewhere On A Beach
What Was I Thinkin’
Sideways
Drunk On A Plane 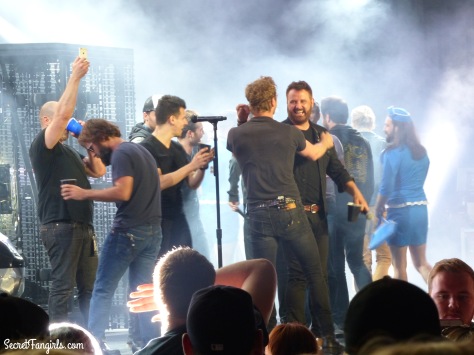 Pop-punk is back and it looks like it’s here to stay!  One of the top acts to come out of the New Jersey pop-punk scene are a group of neighborhood friends called The Stolen.  They got their start performing classic rock covers in some unlikely places and eventually started writing their own music.

We caught up with the guys before their show at Webster Hall in NYC, the last stop on their Spring tour in support of their new EP, “I’m So Dead.” Watch our interview with the band below and get to know Dom, Kevin, Mike and Rob!

Pickup a copy of the “I’m So Dead” EP on iTunes now!   Check out The Stolen for upcoming Summer tour dates.

Be sure to follow The Stolen & Secret Fangirls for more updates! 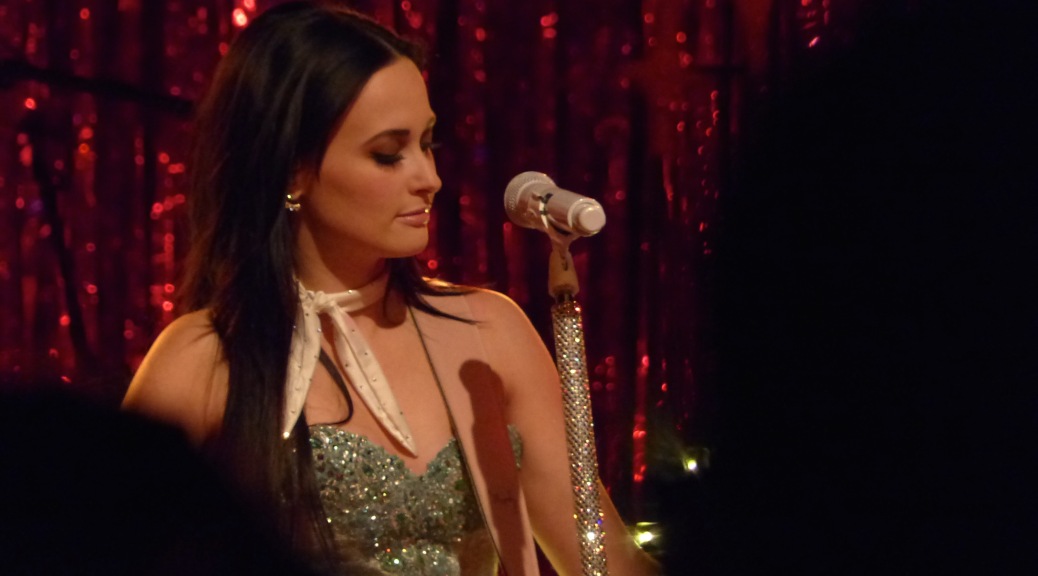 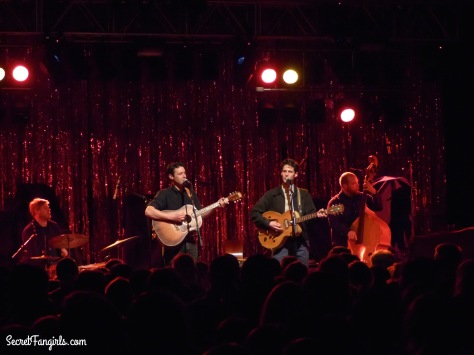 The RunAround Tour has been on the road all summer long bringing your favorite new artists to theme parks around the country and this weekend is New Jersey’s turn to get in on the action.  Jake Miller, Jacob Whitesides, Nick Tangorra, and Before You Exit are all coming to Six Flags Great Adventure in New Jersey on Saturday, August 23rd!  Game Changer passes and general admission tickets also get you all day access to the park.  Get your tickets now and enjoy one last summer day before school’s back in session.

Follow The Run Around Tour, Jake Miller, Before You Exit, Nick Tangorra, and Secret Fangirls on Twitter for the latest on your favorite artists!