Shiffley is synth-based pop rock at its finest.   The Long Island based band is one of our top artists you need to know in 2016. They are a lot of fun live, and can win over any crowd with their catchy melodies and energetic onstage presence. Shiffley are currently working on a debut album (we can’t wait!!) and in the meantime you can stream their EPs on Spotify.

We caught up with the band after their show at Piano’s in NYC and talked about what’s next for the band, who they’d fangirl over and their pre-concert rituals. Watch our interview below and get to know Shiffley!  Remember to #ShareTheShiff.

Be sure to follow Shiffley & Secret Fangirls for more updates! 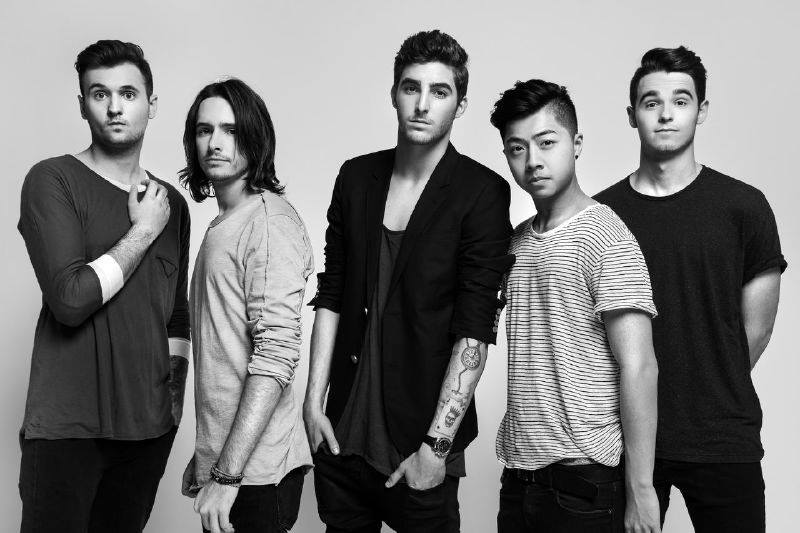 North of Nine recently made their New York debut with an intimate showcase at Piano’s.   The band played tracks off of their new EP, “Alive,” along with a solid cover of “Mr. Brightside” by The Killers.  Highlights of the set included the band’s current single, “Can It Be You?” and a jazzy, piano driven track, “Alive,” that will hopefully make it to the album.   We love North of Nine’s sound – pop rock that’s a little bit funky, infused with soulful keyboards.  “Alive” is a perfect way to describe their energetic performance.

Lead singer Jackson Guthy was a solo artist before forming the band with friends from LA: Michael O’Grady (guitar), Edison Lo (bass), Nolan Frank (keyboards), and Rob Ketchum (drums).   Each member of the band brings their own unique style.  If you’re a fan of Jackson’s solo material (“Pretty Lady” was our JAM a couple of summers ago), you’ll love the rock-infused North of Nine.

Pickup a copy of the “Alive” EP on iTunes now and watch the video for “Can It Be You?” below.  The single recently went to radio, and we’d love to see them charting north of #9 on the charts!   The band, who is managed by Randy Jackson, made their debut at SXSW this year.  They are definitely an artist to watch in 2015, and we can’t wait to hear more from this talented band.

Be sure to follow North of Nine & Secret Fangirls for more updates!