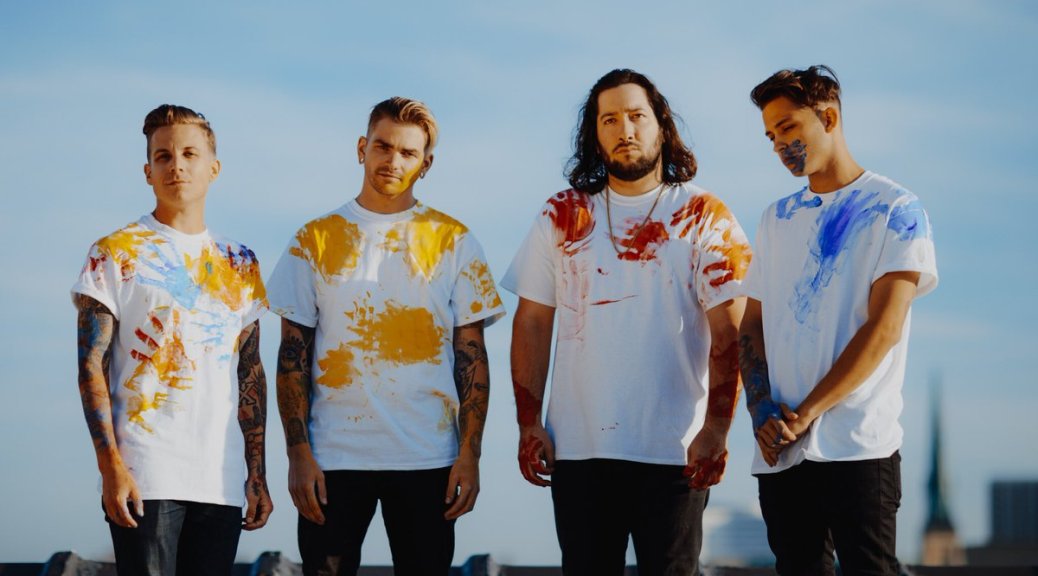 Former Richmond natives, now Los Angeles locals Broadside are about to release their most pop sounding record into the world.  The bands’ sophomore effort, aptly titled “Paradise,” is due out June 16th on Victory Records – just in time for Summer.   Ollie, Niles, Pat, and Dorian have taken a massive step forward on this record showcasing how many different influences and how “weird” they can get on a record while still maintaining their pop punk roots.

We got the chance to sit down with Broadside after their set on the Real Friends Tour in New York City to chat about what’s on their tour rider, their go-to karaoke song, who they would fangirl over, and their own ideas of “Paradise.”  Watch the interview below and get to know your new favorite kings of Pop Punk!

Pre-order your copy of “Paradise” on iTunes or Amazon now and get 3 new tracks instantly before the album drops on June 16th!