We’re still fangirling over the news that 5SOS is releasing their second album, “Sounds Good Feels Good” in October!  Pre-orders for the album went up today(8/14) along with the release of a new track, “Fly Away!”  We’re also fangirling over the fact that our 5SOS “Rock Out With Your Socks Out” show is (finally) just 3 weeks away!  Here are 5 of our favorite 5SOS tracks .

1. “She’s Kinda Hot”
5SOS’s new single is a rock anthem for the generations.  We can’t wait to hear this live and ROCK OUT!

3.”Don’t Stop”
The video for “Don’t Stop” brought out 5SOS’s inner super hero alter-egos but this song makes us feel like dancing like nobody’s around.

4. “Lost Boy”
We love the non-cheesy Peter Pan nod in this song!

5. “Social Casualty”
This song all but name drops both Greenday and All Time Low from the lyrics to the music – of course it’s one of our favorites!

It’s here it’s here IT’S HERE!!! 5SOS just announced that their sophomore album, titled “Sounds Good Feels Good,” will be released October 23rd worldwide!  Calum, Ashton, Luke, and Mikey have been busy with the “Rock Out With Your Socks Out” Tour this year, and we’re so excited to have new music to rock out to!   The band also revealed the track listing for the album, which will available for pre-orders beginning Friday August 14th.  When you place your pre-order, you will receive a brand new song, “Fly Away” instantly!

We have a new album !!!! So excited to finally tell you SOUNDS GOOD FEELS GOOD is released everywhere on October 23rd pic.twitter.com/Y8qyxL0878

Don’t miss 5SOS on tour this summer on the “Rock Out With Your Socks Out” Tour!  Check out the tour dates HERE. 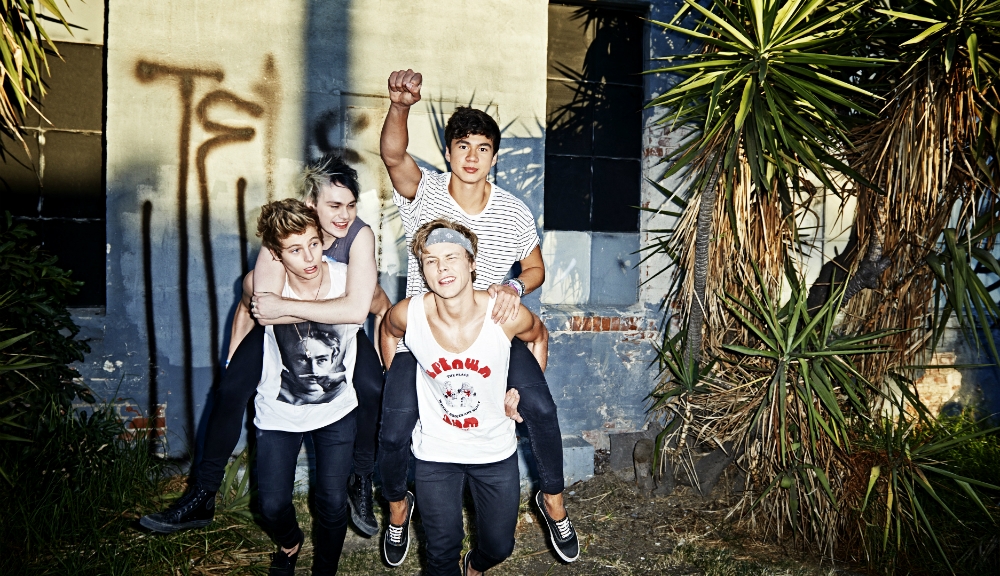 5SOS have been on a roll since their album debuted on the top of the charts in the US and they just announced their latest venture, something they’re calling “5SOS Derp Con 2014.”   The band will be holding a worldwide competition for their fans and the lucky winners (plus one friend) get to fly to LA to hang out with the band before their massive headlining show at The Forum in November.  The lucky fans get to represent their country and join in some seriously fun shenanigans with Mikey, Ashton, Luke, and Calum.  Visit 5SOSDerpCon.com for more information on how to get involved in “5SOS Derp Con 2014.”

Watch the announcement video from 5SOS below!

Pick up a copy of 5 Seconds Of Summer’s debut self titled album on iTunes or Amazon now so you can sing along and practice your air guitar (or air drumming)!

Australian pop punk band 5 Seconds Of Summer have finally unveiled their official music video for their latest single “Amnesia”.    Watch the video below!

Don’t forget to grab a copy of 5 Seconds Of Summer’s debut album at iTunes or Amazon now so you can sing along when they bring the “Rock Out With Your Socks Out” Tour to North America next summer. 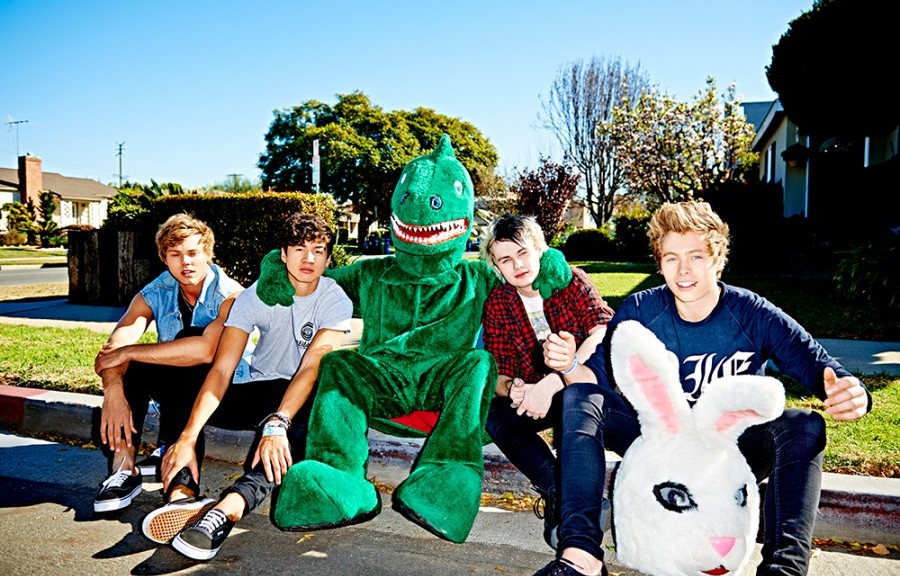 Hours before the “Amnesia” videos premiers, 5SOS announced a North American leg of the “Rock Out With Your Socks Out” 2015 Tour.   Check out the dates below! Presales for the 5SOS newsletter subscribers go on sale August 5th.  Public onsale is August 9th.  VIP Packages are available through VIPNation.com!

Pick up a copy of 5 Seconds Of Summer’s debut album on iTunes and Amazon now.

We can’t think of a better way to wake up on Monday after a long holiday weekend than with a new 5SOS tour announcement!

Australian pop punk band 5 Seconds Of Summer just announced the “Rock Out With Your Socks Out” Tour 2015.  Check out all the dates below.  Be sure to get your tickets early because this tour will definitely sell out quickly.

Australasia, get ready to have your boys home in June of 2015!! They recently announced a few arena dates and if their “There’s No Place Like Home” tour was an indication (Billboard reports it sold out in 7 minutes!) then you better get your tickets as soon as they on sale!!

Watch the official lyric video for 5 Seconds Of Summer’s newest single “Amnesia” below!