NYC’s THE HEYDAZE just announced they will be joining Timeflies on tour this Fall!   If you’re not familiar with them yet, then trust us: this is a band you need to know.  After having their first show, ever, back in April, they’ve already sold out NYC’s Webster Hall and scored an opening spot on the In Technicolor Tour with Jesse McCartney.   They were also a part of the iHeartRadio & Macy’s Rising Star Contest.  We love their acoustic-driven, catchy pop sound, and their knack for lyrical puns.  If you’re into the whole “driving around in the car with the top down, loving life kind of thing” then THE HEYDAZE are the band for you.

Listen to their ode to summer, “Arnold Palmer,” below!

Make sure to ‘like’ THE HEYDAZE’s Facebook page for some free jams.  You can also check them out on SoundCloud & iTunes. 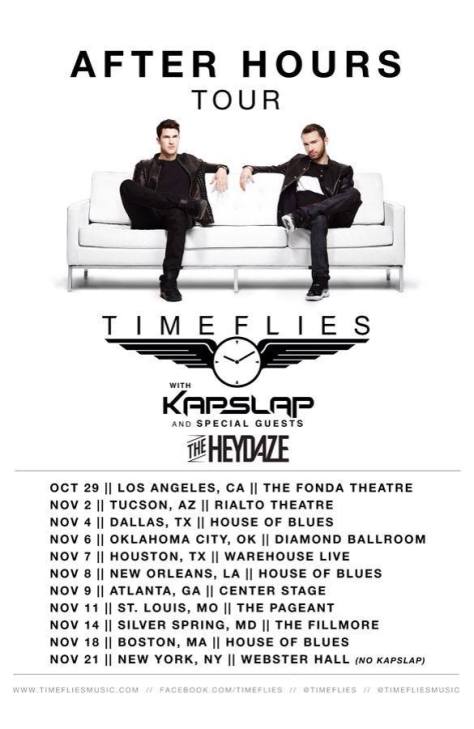 Be sure to follow THE HEYDAZE & Secret Fangirls for more updates!

One thought on “THE HEYDAZE Join Timeflies Fall Tour!”