Come one, come all to this tragic and emo affair!  We threw on a black dress and mixed in with the lot but we weren’t ready for the insane party that is Emo Nite!! West Coast based party people, EmoNiteLA, showed their love for the East Coast last night to celebrate the ultimate #TBT at Webster Hall in NYC.  Emo Nite LA brought out the biggest names in emo music as well as some special guests for a night filled with sing alongs and dancing to songs you probably haven’t heard since high school. 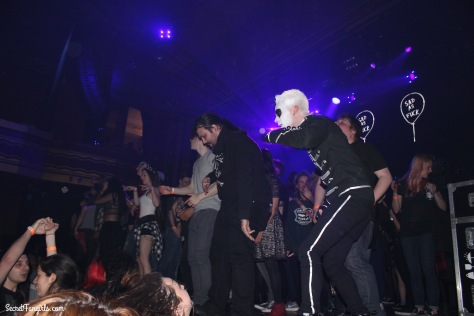 Webster Hall was three floors of emo and downstairs in their smallest room, Juiceboxxx was comanding the stage and had the best stage presence we’ve ever seen! He frequently hopped on and off stage to get into the crowd and got up close and personal with his fans.  Juiceboxxx has a unique sound that effortlessly flows between 90s hip hop to skate punk and everything in between. 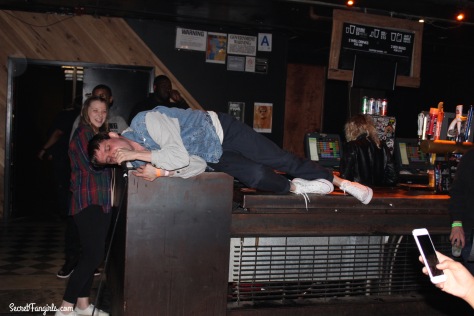 If you’re ever on the fence about heading out to an EmoNite party in your city (yes, they’re touring now!) do yourself a favor and grab a ticket, layer on the eyeliner and get ready for one of the most fun nights singing, crying, and celebrating the early 2000s emo movement. 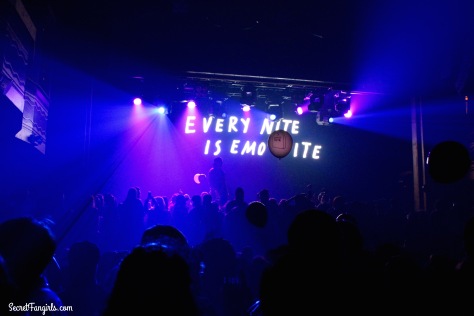