WAKE UP!  The Vamps just announced a surprise show in NYC to celebrate the release of their new album!  The album release party/concert will be on December 16th at the Marlin Room at Webster Hall, and will feature a Q&A with the band.  All tickets will also include a digital download of The Vamps’ album “Wake Up” when it’s released on November 27th!  Get tickets NOW because this show will sell out! 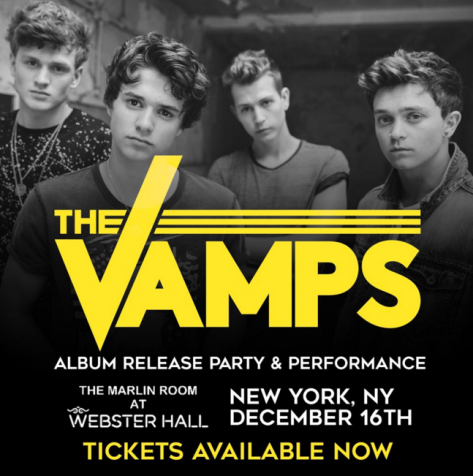 Watch The Vamps’ video for “Wake Up” below and pre-order a copy of the album on iTunes!

Be sure to follow The Vamps & Secret Fangirls for more updates!