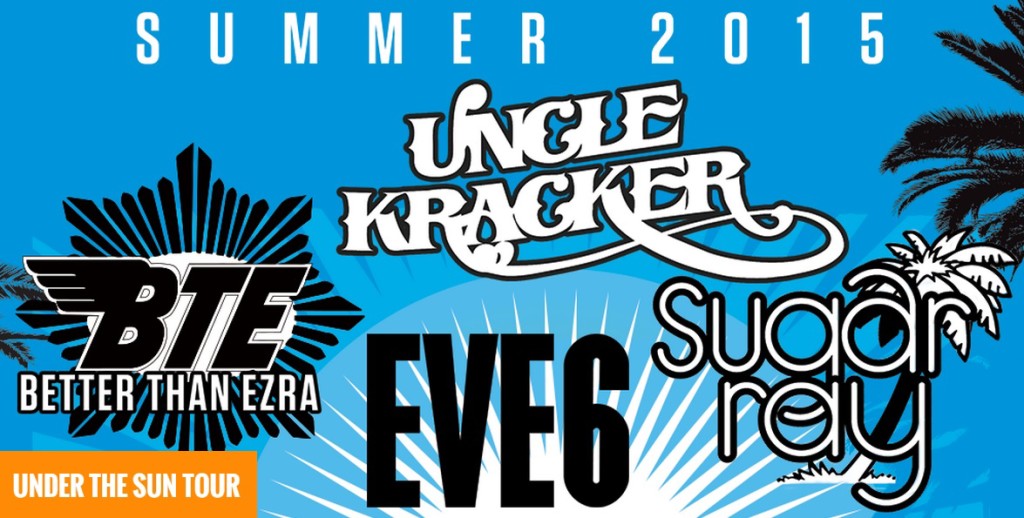 You know how much we love 90s music, which is why we love the Under the Sun Tour.  The summer tour, launched by Marc McGrath & Sugar Ray, brings together some 90s favorites for an unforgettable night.  Past tour mates have included Smash Mouth, Blues Traveler, Vertical Horizon and Fastball.  This year’s lineup features Sugar Ray, Better Than Ezra, Eve 6, and Uncle Kracker.  Check out the dates below and get ready for an evening of “OMG I forgot about this song, this is my JAMMMM!”

More dates and artists are to be announced, so stay tuned!

Be sure to follow Under The Sun & Secret Fangirls for more updates!