Sometimes, the best things in life are anniversary tours and Simple Plan want to keep celebrating! Pierre, Chuck, David, Seb, and Jeff just announced a bunch of Canadian tour dates for the “NPNHJB” 15th Anniversary Tour starting in September with support from Courage My Love, Selfish Things, and Not By Choice.

This announcement is hot on the heels of extending the North American leg of the tour with Patent Pending and Set It Off.   Tickets for this leg of the tour go on sale April 13th at 10am local time.  Check out the Canadian tour dates below and get your tickets and VIP packages before they sell out!

Watch the announcement of the new dates below!

Grab a copy of “No Pads No Helmets…Just Balls” on iTunes or Amazon if your old copy got scratched or if you just want another copy.

Normally we aren’t fans of Mondays but we’ll let this one slide because Simple Plan announced more dates for their 15th Anniversary Tour of “No Pads No Helmets…Just Balls” Tour for the Summer!  They’re taking our friends in Patent Pending out with them for this Summer round of dates and we’re so excited to finally see PTPG’s dreams of touring with Simple Plan come true.

In case you haven’t heard of Patent Pending before, 5 years ago, the guys in PTPG wrote an open letter – song actually, to Simple Plan begging them to let them open for the Canadians on a tour or even just one show.  The guys got the chance just before the official start of the NPNHJB Tour in NYC back in March to open and they had such a blast!  The SP fans liked them too because everyone was dancing and waving their pirate hooks in the air during the guys’ set.  They even helped Corey win the Crowd Swimming Championships that night!  I think that counts as a huge success. SP thought so too because they’re taking the guys on tour officially!!

Check out the new Summer dates below and get your tickets when they go on sale on Friday, April 7th.

Watch Patent Pending’s plead 5 years ago for SP to take them on tour.  Sometimes, writing a catchy song explaining how big of a fan you are will work!!

If you haven’t booked your cabin for Warped Rewind At Sea, they’re selling out fast for this once in a lifetime 4-day cruise featuring Simple Plan, Good Charlotte, The Starting Line, Reel Big Fish, Mayday Parade, Less Than Jake, and so many more amazing artists!

You will always love the music that you liked when you were 13.  This is one of the most true statements we have ever heard! Simple Plan, as bizarre as it sounds, has had a profound effect on us…well one of us anyway.  They’re the reason we picked up the guitar, the reason we wore those huge khaki shorts with tall tube socks, Vans, and Role Model clothing.  Yeah….we were super fangirls for SP, complete with an email address dedicated to Seb’s eyes!  We won’t get into that now though.  Here is our Friday Five favorite deep cuts from the Canadian band’s debut album “No Pads, No Helmets, Just Balls” which they’re currently playing in full on the 15th Anniversary Tour!

“Meet You There”  – This is one of the  songs on an album full of angsty emo teen songs. No matter where life takes us, we’ll always meet Simple Plan there.

“My Alien” – It seems like every good pop punk band need a song about aliens, space, and/or  girlfriends. SP hit all three targets.  Thy went and got the Astronaut kit so if you can provide the rocket, they’ll be with their beloved 4 leg/2 armed girlfriend again.

“You Don’t Mean Anything” – When your two favorite singers collab on a single, that’s definitely going to be your favorite song! Joel Madden from Good Charlotte lent his vocals to the third track on SP’s debut album and we’re still surprised this was never a single.

“The Worst Day Ever”  – If you thought “I’m Just A Kid” was emo, this song takes the cake for being one of the most emo songs we have ever heard.

“One Day” – The acoustic picking in this song sounds out of place with the rest of the album if you’re not looking at the big picture of early 2000s music. SP really are masters at their craft because if you just heard this song with no context or name attached, chances are you might not realize it’s the same band that wrote “I’m Just A Kid.”  This is still one of our favorite emo deep cuts, hands down!

Grab a copy of NPNHJB on iTunes or Amazon if you lost your copy, broke it from over playing it, or just want a digital copy. 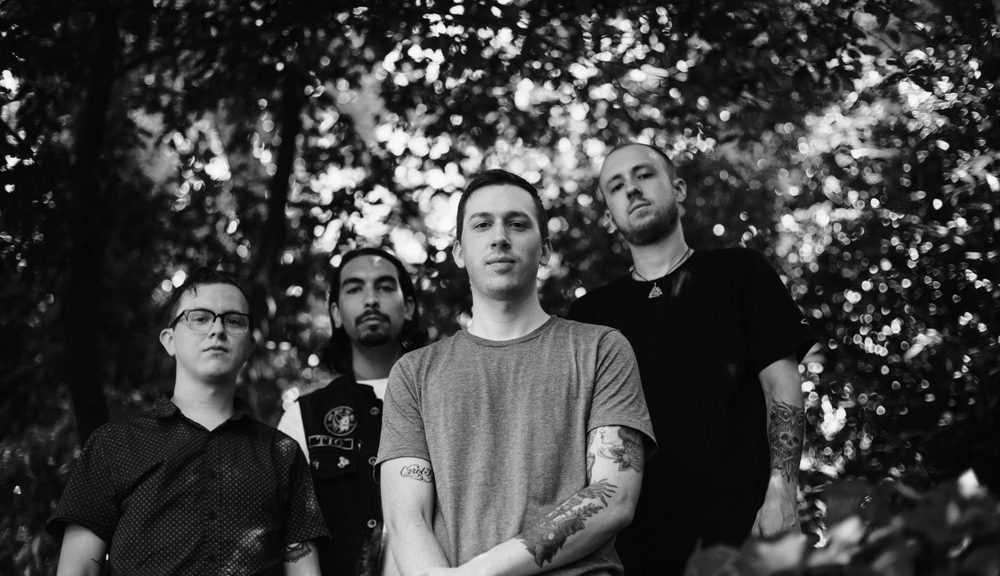 Big Jesus are hitting the road again just after New Years and they’re bringing their dreamy grungy alt rock to the masses with 10 Years in January, and Milemarker through February!

In case you missed Big Jesus opening for Good Charlotte and The Story So Far this year, you still have your chance to see these guys before they hit it big time.  Make sure you get your tickets before they’re gone!  Check out the dates below.

Watch the official video for “SP” below.

Grab a copy of “Oneiric” on iTunes or Amazon now so you can sing along on tour.

Team SP just announced a string of US tour dates with Story Untold, and Hit The Lights as well as Canadian dates with All Time Low and PVRIS.  Tickets go on sale Friday June 24th and they will sell out very quickly with a stacked line up like this!  It’s also been a while since SP have toured the US, so don’t miss your chance to see them!  The tour is in support of Simple Plan’s new album, “Taking One For The Team.”

Watch the video for “Singing In The Rain” below.

Grab a copy of Simple Plan’s new album “Taking One For The Team” on iTunes or Amazon now.