Livenation kicked of the summer concert season with a huge show in NYC on National Concert Day, May 5th and that got us super excited about all of the huge tours we’re going to!   This week, we’re bringing you our five summer tours we’re the MOST excited about.

1. “The Main Event Tour” ft. NKOTB, TLC, & Nelly
This tour deserves the name “The Main Event” with three huge acts on one stage, one night, the night of a lifetime!  Yahoo!Screen is also streaming the show next Thursday, May 14th at 10pm EST for 24 hours only – if you can resist tuning in, we salute you.

2. “The Wheels Up Tour” ft. Lady Antebellum, Hunter Hayes, & Sam Hunt
If you are a regular reader you know we’ll go pretty much anywhere to see Hunter or Sam.  We were so excited when this tour was announced we literally screamed in a French restaurant.   Tickets for this tour went on sale in waves which drove us nuts waiting for the email with our dates in it but once it arrived, it was wheels up, baby!  If you can score tickets to this tour, you’ll be treated to some extra special in flight entertainment all night long.  After all, we don’t have to go home we can leave the night on.

3. “Rock This Country! Tour” ft. Shania Twain
Shania announced a brand new tour on the heels of her Las Vegas residency coming to a close but she made sure we knew this was her last tour – EVER!  Put on your cowboy boots and get ready to rock this country with Shania!

4. “Dazed & Confused Tour” ft. Jake Miller
When our bae Jake Miller just released his brand new single “Dazed & Confused” and he announced a tour with the same name, we knew we had to be there to see those arms in person – and hear his angelic voice obviously!

5. The Vamps USA Tour
It’s been entirely too long since The Vamps last US invasion and we can’t wait for their first headlining tour here this Summer!  They’re bringing Before You Exit along for what’s sure to be a memorable evening.    We have high hopes that you’ll be lovestruck and will shout about it for weeks to come. 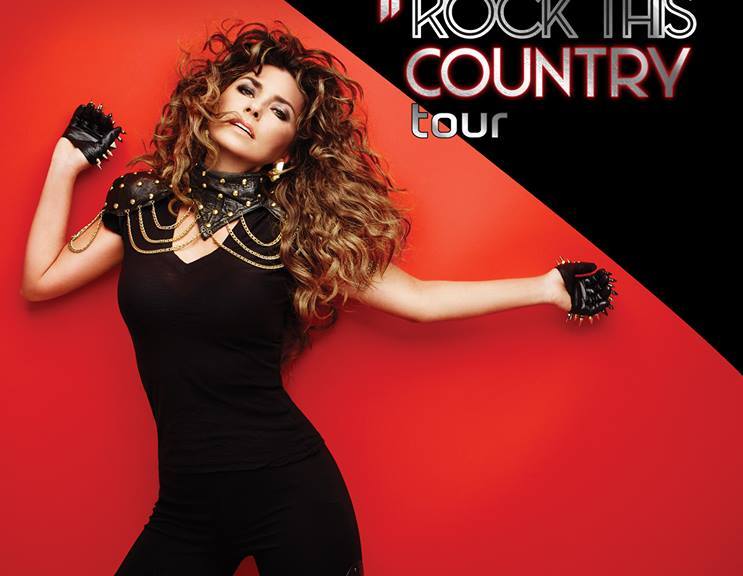 We were a mix of emotions when Shania Twain announced her “Rock This Country” Tour earlier this year.  It’s her first North American Tour in 12 years!!  But also her last tour, ever.  If your city wasn’t on the list fear not – you still have a chance to Rock This Country with Shania.  She just added 19 new dates to the tour!   The second leg of the tour kicks off in Spokane, WA on September 12th.  Tickets for the new dates go on sale Friday, May 15th.  Make sure to sign up for the newsletter at ShaniaTwain.com for pre-sale info!

Watch Shania perform “That Don’t Impress Me Much” live from Las Vegas!

Be sure to follow Shania Twain & Secret Fangirls for more updates!