Hailing from Memphis, TN, The Band CAMINO have been on a roll since dropping two smash hits, “See Through” and “Daphne Blue” back in May, on top of an already impressive catalogue of  independent releases since forming in 2015.  After signing a major deal with Elektra back in May and putting in the groundwork of building their already widespread fanbase, The Band CAMINO are poised to be the next big name in rock.

Comprised of co-frontment Jeffery Jordan and Spencer Stewert, bassist Graham Rowell, and drummer Garrison Burgess, these guys craft melodies and hooks that stick with you weeks after your first listen.  Each track is sickly sweet in the best way possible and simply addicting.

The Band CAMINO are in the middle of some of the biggest headline shows of their lives and that includes a sold out stop at NYC’s newly renovated Webster Hall earlier this month. Front to back, New York showed up and got off their feet – literally, the floor was shaking as the guys barrelled through the hits and deep cuts all night long.

The energy in the room skyrocketed from the first note of the final track from their “tryhard” EP, “Break Me” straight through “2/14,” “Fool Of Myself,” and the subdued “I Spend Too Much Time In My Room.”  They gave the crowd everything from their arsenal and you can tell they left everything on the stage that night. 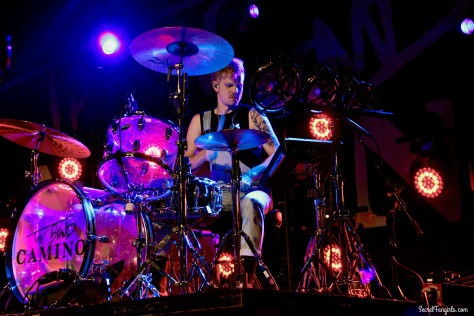 Closing out the set with “Haunted,” the crowd sang along to every word all night long and could feel the collective heavy sigh as the night came to an end.  The encore really sent the night out with a bang including “What I Want” and their runaway hit “Daphne Blue” leaving the crowd wanting more even after the house lights came up. 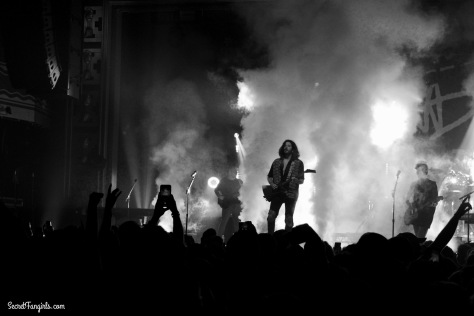 The Band CAMINO’s ability to tap into so many different levels of emotion in each song is a true journey many bands struggle with even years into their careers.  They’ve hit that nail on the head early on and we can’t wait to see where it takes them.

Watch the official video for “Daphne Blue” below!

Pick up a copy of “tryhard” on Amazon and Apple Music, or stream it on your favorite streaming platform!