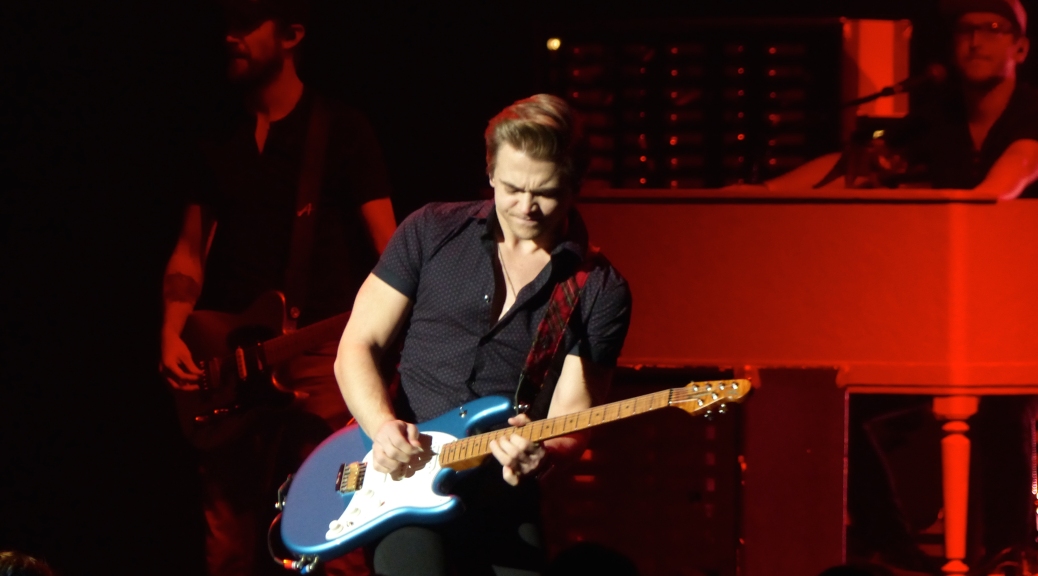 After nearly 4 years since dropping his last album, the wait is finally over!   And we mean over – Hunter Hayes is dropping his new album, “Wild Blue: Part I,” TOMORROW, August 16th!   Hunter shared the big news on an appearance on the TODAY show earlier this week.  He also dropped the title track of the album, “Wild Blue,” which you might have heard if you caught Hunter on the Closer To You Tour earlier this year (IT’S SO GOOD).  If not, listen to the track now!   The song, and the album, are all about finding yourself and the true feelings of freedom and lightness that go along with it.

We’re even more excited because “Part I” means there is a “Part II” and maybe even a “Part III” on the way, which means even more new music from Hunter!   What was the reason for such a long wait?  Hunter took his time to really write everything on his own and make his most personal and honest record yet.  He initially set out with the mindset of creating an album that no one would ever hear, which gave him the freedom to be as honest and real as possible.   This honesty really shines through on tracks like “Dear God” and “My Song Too.”

You can pre-save the album on Spotify now!