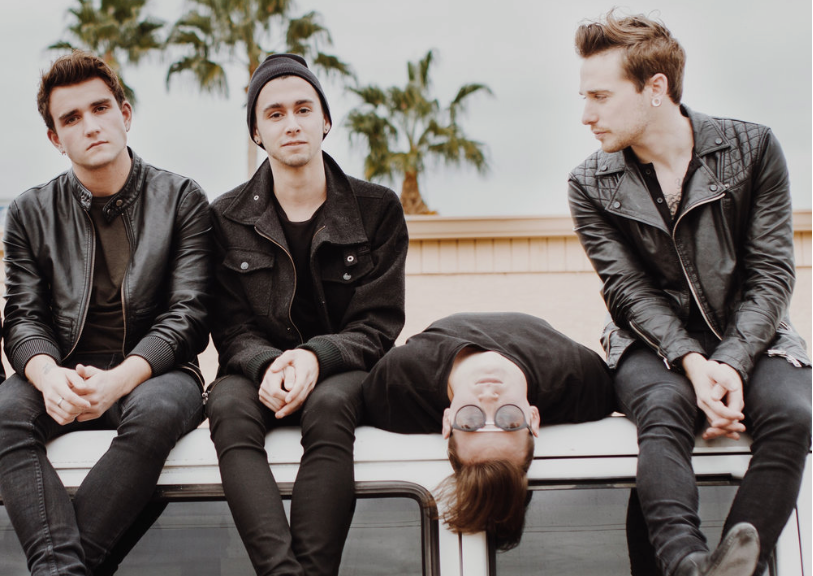 The Wrecks are good.  Like, really good!  So good in fact, that they wrote and recorded their debut EP in just a few days.  The best decisions are usually made on a whim and almost always have a good story.

After hearing that a friend had access to a legit recording studio for a few days, the guys wrote the best songs they could in a short amount of time.  The Wrecks went in to track with zero budget, little studio knowledge, and a ton of borrowed time.  They weren’t allowed to be in the studio let alone track anything there!   When they heard the studio owner’s ex-wife was stopping by, the guys got outta dodge as fast as they could with what would become their debut EP on a hard drive in a backpack.

The Wrecks debut single “Favorite Liar” caught the traction on SiriusXM’s Alt Nation station and quickly landed the guys plenty of fans include Baltimore natives, All Time Low.  “We’re so stoked that All Time Low asked us to come out with them this summer,” said the band “and we’re looking forward to playing stages that size for the first time. We can’t wait to get back out on the road again, as we’ve been mostly cramped inside writing new material and working on our set for the past few months. It’s refreshing to see such a good mix of genres in thelineup, as well. We’re gonna bring it 110% every night and we’re confident the crowds will, too.”

We’re predicting big, big things for these guys and we can’t wait to see what the future holds!  Watch the official video for “Favorite Liar” below.

Grab a copy of “We Are The Wrecks” on iTunes and Amazon so you can sing along on tour!  There are only a few dates left on this tour so make sure you get your tickets HERE and come out early!