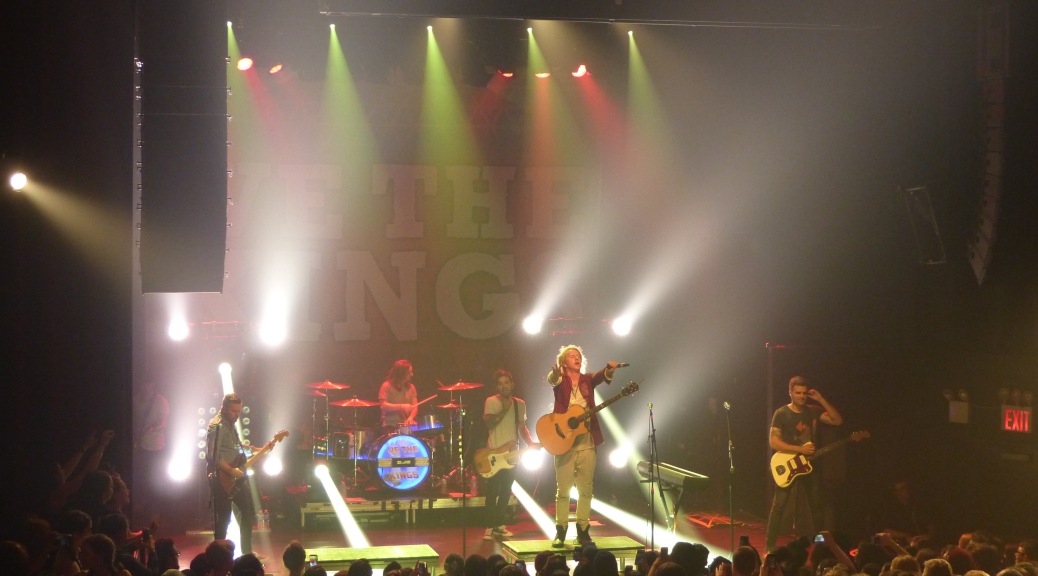 We The Kings’ “From Here To Mars” Tour landed at Gramercy Theatre in NYC last night in front of a sold out crowd.  It was a show that left us wondering how we had never seen WTK live before – it was our first and most definitely not last time we’ll be seeing them on tour!  (Hint: WTK are playing the Vans Warped Tour all Summer long!) The band put on a high energy set, including material from all of their albums.  They set the tone for the night from the first song, “Skyway Avenue,” from their 2007 debut. 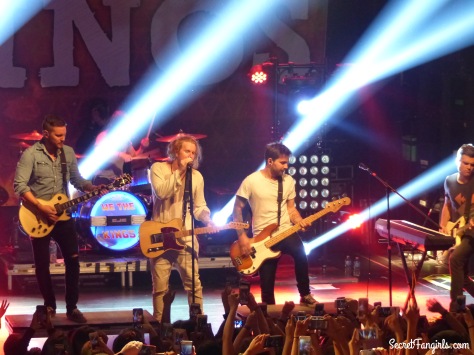 Early in the set lead singer Travis Clark referred to the audience as “not fans, not friends, but family.”  It was a perfect way to describe the atmosphere at the show.  It was one of the loudest crowds we’ve ever heard and we loved hearing everyone sing along all night long. 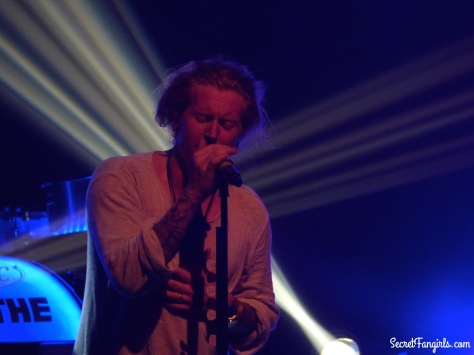 Travis taught the crowd some dance moves before going into “I Feel Alive.”  He wanted the last thought everyone had before going to bed after the show to be “did we really just do that?”   The Gramercy crowd gets an A+ for fully committing to the moves.

WTK ended the night with their biggest hit, “Check Yes Juliet.”  The crowd sang along so loudly and passionately that it was one of those moments at a show where you realize just how much the music and the band means to the fans. 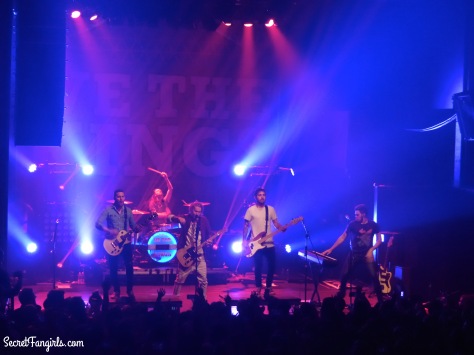 Opening act AJR got the crowd pumped with their energetic set.  They premiered a new song, “I’m Not Famous,” which they impressively wrote and recorded just a week ago before heading out on tour.  And the track is already out on iTunes now!  “Let The Games Begin” turned the crowd into one big, bouncing dance party.  It was just as awesome live as we hoped it would be!   We love seeing AJR perform because of how much fun they are having on stage – it’s impossible not to join in.

Check out all of the upcoming “From Here To Mars” Tour dates HERE!  If you can get out to a show, don’t miss this!

Be sure to follow We The Kings, AJR & Secret Fangirls for more updates!