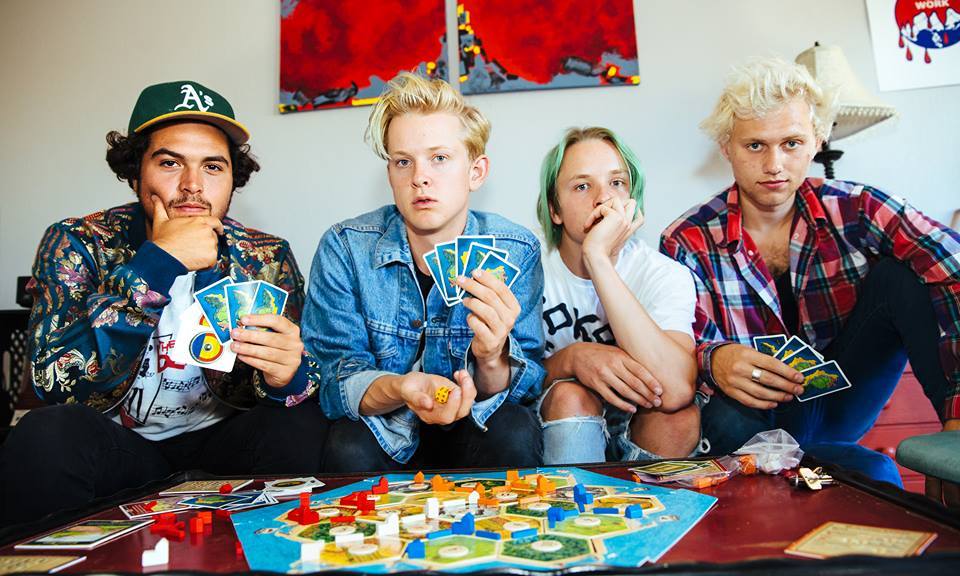 Bay Area surf – punk rockers SWMRS announced a Spring headlining tour around the United States featuring The Frights! This marks the bands first headlining tour ever and they’re going to be bringing their bubblegum infused punk rock debut album “Drive North” to a city near you. Tickets are on sale now so get them before the shows sell out!  Check out the dates below.

“Drive North”, due out February 12th, features the band’s breakout single “Figuring It Out” that’s captured the ears of music fans looking for that authentic throwback sound.  If CBGB’s were still operating in Bowery, SWMRS would have played there 3 nights in a row and torn the stage down every night.