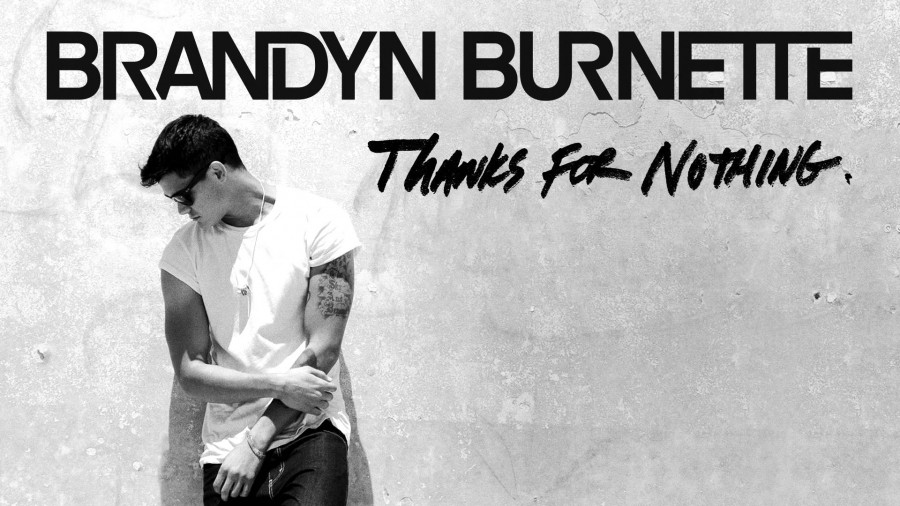 Even if you haven’t heard of Brandyn Burnette yet, chances are you’ve heard one of his songs.   He’s written for artists like MKTO, Jake Miller, and Hot Chelle Rae, just to name a few, including their recent hits like “Heartbreak Holiday,” “First Flight Home” and “Don’t Say Goodnight.”   See what we mean?   Brandyn clearly knows more than a thing or two about writing a catchy pop song, and calls to mind other hit-makers turned solo artists (think Sia, Bruno Mars…)  He is definitely one to watch in 2014!

Brandyn is launching his career as a solo artist, with his first single, “Thanks For Nothing.”   When the song starts, you think it’s going to be a ballad…but then the chorus kicks in and it really packs a punch!   The unexpected, upbeat twist makes for one of the best breakup anthems we’ve ever heard.

Check out the video below and pickup a copy of the single on iTunes now!   Brandyn’s EP, “The Couch Surfing Chronicles” will be released later this fall by Warner Brothers Records.