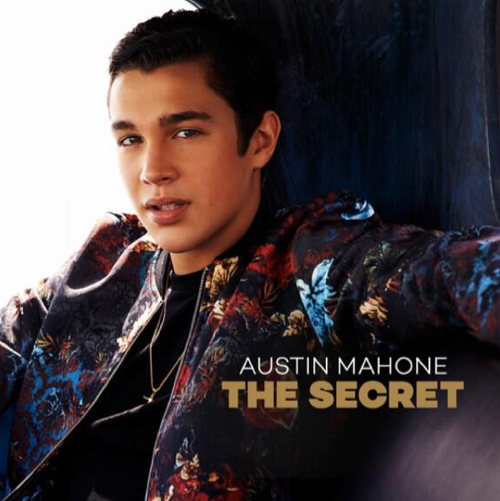 When we first heard Austin Mahone’s “Say Something” and
“Say You’re Just A Friend”, we instantly loved his classic pop sound (We’ve never been happier that we actually clicked on an Amazon music suggestion.)  But it was his hit single from last summer, “What About Love,” with its 90s sound and the video’s sweet choreography, that earned him the nickname “the one man boy band.”

Austin Mahone succeeds where others have yet to venture – filling the 90s boy band void in our hearts! (We’re talking real, dancing boy bands)!  His debut EP, “The Secret,” out this week, draws inspiration from and gives more than a few nods to 90s boy bands like *NSYNC and Backstreet Boys.  Songs like “Secret”, “Next To You”, and “Til I Find You” all have those classic throwback elements from the blaring bass in the chorus to the breakdowns that are just begging for a slow lean and pop, *NSYNC style.  If you have Backstreet Boys’ “The Call” stuck in your head after hearing Austin’s EP, we did too.  The (kind of) title track, “Secret” shows off the flashy bass line and synths that sound like an early Backstreet/*NSYNC track that never made the album cut – like that weird *NSYNC song that only got released in Germany.

Austin’s slow jams whole-heartedly channel the likes of 98 Degrees and O-Town (who are reuniting by the way).  While every album needs a good love song,  some of these might fall short of a 98 Degrees  “Because Of You”.  Those are big shoes to fill but Mahone took a chance and reached for it, and we have to give him major brownie points for trying!

Grab your copy of Austin Mahone’s “The Secret” on iTunes or Amazon now!  Be sure to catch Ausin Mahone this summer on tour with The Vamps!  Get all the details here!