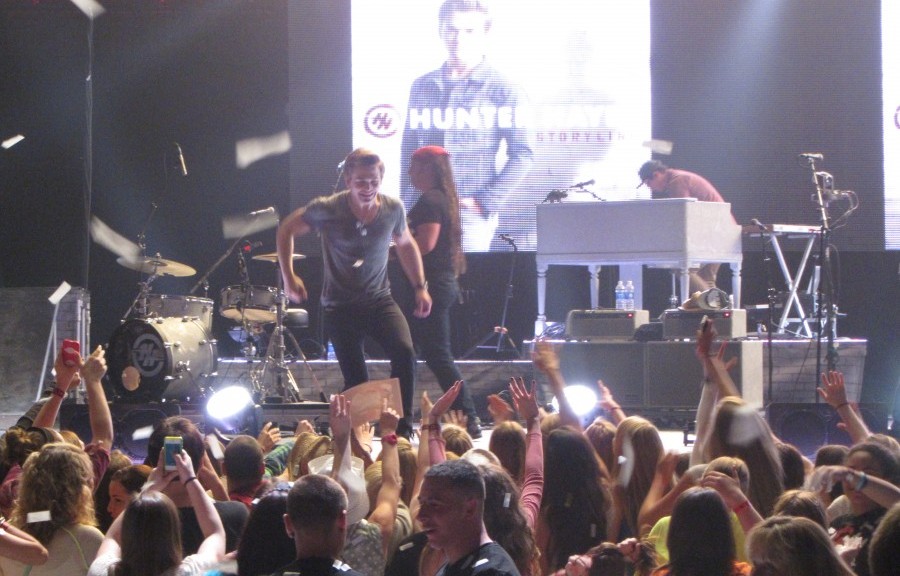 Hunter Hayes’ sophomore album, “Storyline,” was released last week, and we spent the whole week celebrating with him.  From his headlining show on the We’re Not Invisible Tour, to a private iHeartRadio show for 150 lucky guests, to his record-breaking 24 Hour Road Race , we’re so glad to have been a part of Hunter’s “Storyline!”

Hunter is one of those rare musicians who bring so much extra attention to their live performance.  You never feel like you’re simply listening to the album – he and his band love to jam, mix things up vocally, and add something unique to each and every song.  His musicianship (he plays over 30 instruments) and passion for music are remarkable, as is the energy he brings to each performance.

We’re Not Invisible Tour
We’ve been impatiently waiting to see Hunter again after his “Encore” album release concert last year at Webster Hall in NYC.  We finally had the chance to see him at Mohegan Sun in CT.   We’ve been to a lot of concerts over the years, but this was by far one of the best, ever.  Hunter played a nearly 2-hour set, with old and new favorites.   He even made his way through the crowd to sing a few songs, giving everyone a chance at a front row seat.  Check out our video of “Storm Warning” below, from the best seat in the house!

iHeart Radio Album Release Show
We went from a 10,000 seat arena to an intimate space in TriBeCa.  The show was broadcast on iHeartRadio stations and online.  While it was scheduled to go for half an hour, Hunter wanted to keep playing for the fans in attendance.  It was the official “Storyline” release day, so why not celebrate?   We had the chance to meet him after the show, and he is just as humble and sweet as you can imagine, and could not have been more gracious.  Thank YOU Hunter!

24 Hour Road Race To End Child Hunger
It’s official:  Hunter Hayes now holds the Guinness World Record for the Most Concerts in 24 Hours:  10 shows!  The excitement in the air at this show was remarkable!    We met fans at the show who were going to all 10 concerts with him – just amazing!  Hunter’s energy level was off the charts, despite it being the 7th show he’d played that day.  It was just a short 20 minute set, but was still one of our favorite shows that we’ve been to.  In addition to breaking the World Record, Hunter also wanted to raise awareness for Child Hunger Ends Here. 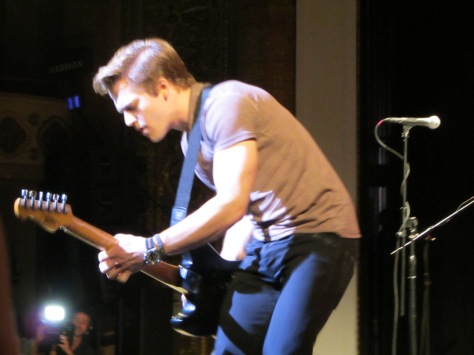 We hope Hunter will be back in NYC-area sooner rather than later!

Get a copy of “Storyline” on iTunes or Amazon today!  Visit our Tumblr for more photos from the shows!