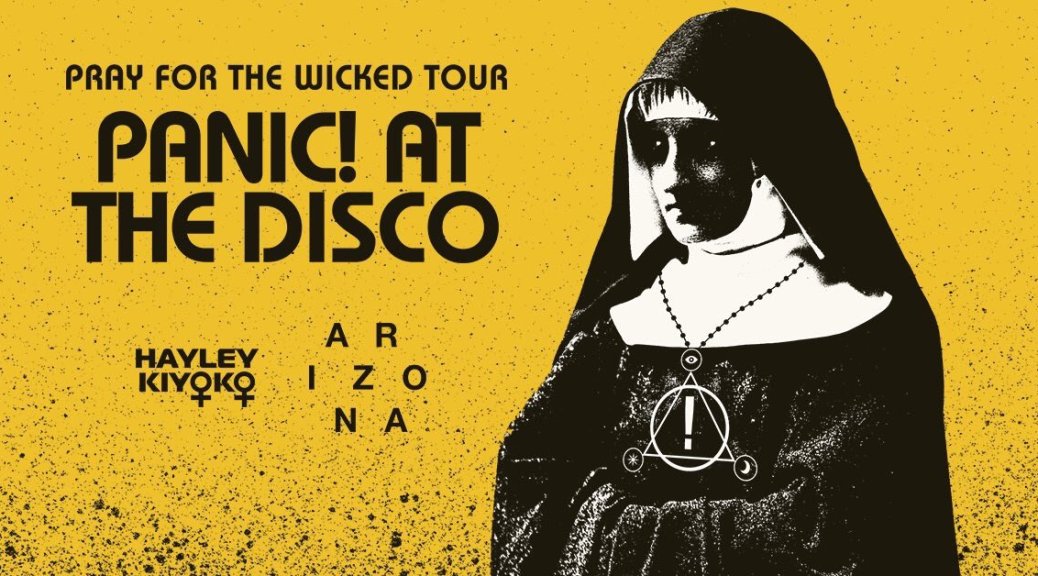 Panic! At The Disco have been on the low since the massive success of their last album, Death Of A Bachelor, but Brendon Urie & Co are back with a brand new album and a huge Summer tour hitting arenas in a city near you soon!

Panic! have been teasing fans with cryptic clues to the new album and pop up shows premiering new music and a new bassist. The band just released the video for the first single “Say Amen (Saturday Night)” from their upcoming album “Pray For The Wicked” expected June 22nd.  Watch the news worthy video below!

Panic! At The Disco also announced their Summer tour with Arizona and Hayley Kiyoko.   Head over to PanicAtTheDisco.com for exclusive pre-orders of the brand new album and receive a presale code with every preorder!  VIP packages, P!ATD webstore, and mailing list presales begin Friday March 30th at 9am local time. General tickets go on sale Friday March 30th at 12noon local time. Check out the tour dates below!

Preorder a copy of “Pray For The Wicked” on iTunes or Amazon now so you can sing along on tour!