Fly By Midnight have been pounding the pavement, churning out hit after hit, as well as writing for other aritsts but Justin Bright and Slavo are dropping a brand new track that’s going to extend Summer just a little bit longer.  “I Need You More Than You Want Me” follows the duo’s signature retro pop sound and dabbles in disco with spacey gang vocals filling out the track.

This song follows previous singles “Lovely” and “You Belong,” both premiering at #1 on Apple’s Hot Pop Chart which is super promising and an exciting achievement!  “I Need You More Than You Want Me” is off their upcoming sophomore full length, so stay tuned for more new music from Fly By Midnight, coming soon!

When asked about the new music, “The first few singles we’ve released from this next wave of music have felt soft conceptually. We’ve really been touching mostly on romance & admiration, but we’ve definitely experienced some let downs this past year as well,” says Justin. “Coming to a realization that you want a person more than they want you is something we’ve both been through, but never brought to the landscape of a song before,” Slavo adds.

Listen to “I Need You More Than You Want Me” now!

Fly By Midnight are set to open for LOOTE on two special coast to coast showcases in October and this is a match made in heaven! Both NYC bred groups are paving their own ways through the pop landscape.  Check out the dates below and grab your tickets while you can.

Grab a copy of “I Want You More Than You Need Me” on Amazon or Apple Music and stream the new track on your favorite streaming platform!

NYC based pop duo LOOTE (Jackson Foote and Emma Lov) played to a hometown crowd at Irving Plaza on night one of two NYC stopes for Eric Nam’s North American tour!  Jackson and Emma are on their way to big big things with pure pop tunes that get stuck in your head for days and on stage energy that will bring down any house they play in.

Kicking off their set with “Longer Than I Thought” sans Joe Jonas and punching it into overdrive with every song after that, LOOTE are proving to be more than just an opening act.  They know how to get a crowd pumped up and singing along whether the fans are there for them or not. 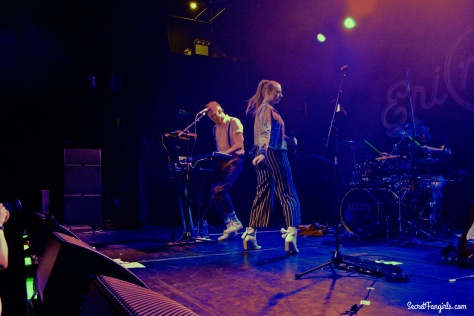 Before singing “No Promises”, a smash hit co-written by LOOTE and LAUV, made famous by Demi Lovato and Cheat Codes, Emma quipped about wishing Demi were present to help sing.  Emma is a powerhouse vocalist in her own right and she proves it with grace and raw emotion.  Not only can Emma sing like an angel and write insanely catchy tunes, she knows how to shred! 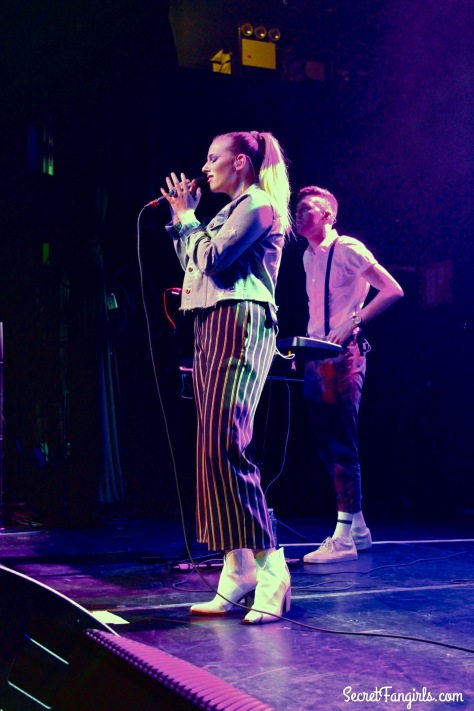 Jackson and  Emma’s songwriting chemistry is the most pure we’ve seen in a long time.  They aren’t afraid to jab at each other’s personal lives for some of the best songs the radio hasn’t heard yet! “IDK Single” is a new track from their debut EP about getting out of a long term relationship and totally forgetting how to be single.

Closing the set with “Your Side Of The Bed,” LOOTE truly showed their artistry and left everything on the Irving Plaza stage.  Their incredibly fun live show made us even more excited for Summer and what’s next for LOOTE!

If you can’t wait for more LOOTE, catch them at Billboard’s Hot 100 Festival at Jones Beach this August!  Get to know Jackson and Emma better in our interview.

Pick up a copy of their debut EP, Single, on iTunes or Amazon or stream it on Spotify now.

We say this a lot but if you only put one new song on your Summer playlist, you need to include LOOTE! Jackson Foote and Emma Lov are two incredible songwriters that joined forces when they got paired up for a class project in college that turned out to be the best thing to ever happen to us.  Fast forward a few years and a couple hundred songs, LOOTE co-wrote and co-produced the smash hit “No Promises” made famous by Cheat Codes and Demi Lovato as well as their own hit “High Without Your Love.”

LOOTE’s latest single “Your Side Of The Bed” is climbing the charts and has already made it’s way into our Summer playlist! We sat down with LOOTE at Island Life in NYC and talked about who they would fangirl over, what album they’d bring with them on a road trip, and what’s next in 2018! Watch our interview with LOOTE and get to know more about Jackson and Emma.

Grab a copy of “Your Side Of The Bed” on iTunes and Amazon.