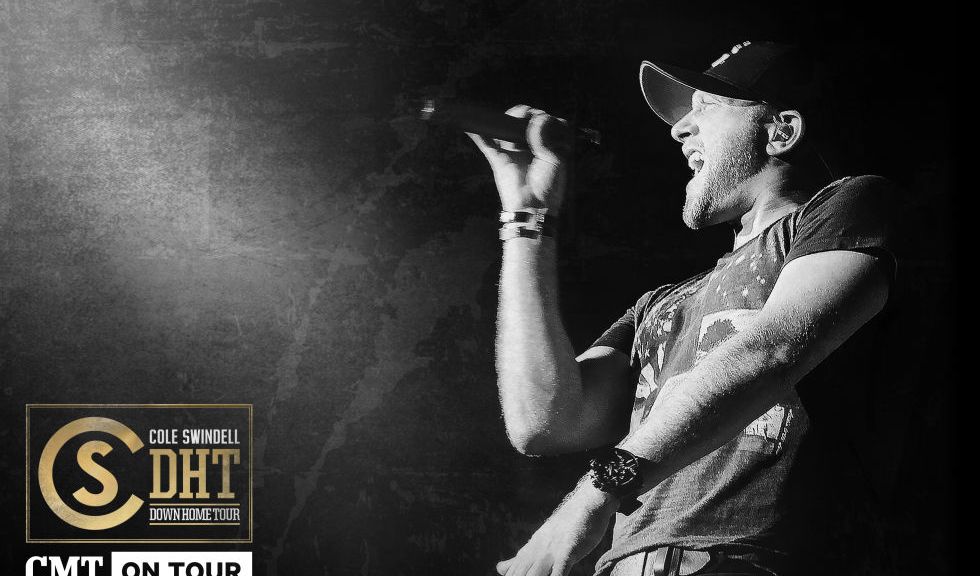 Hey y’all, grab your down home crew because Cole Swindell is heading out on tour this Fall!  If you’re wondering if you should go, the only answer we have for you is that yes, you should be here, there or wherever Cole is playing!  He puts on an incredible performance and is a very talented songwriter.  Cole’s latest album, “You Should Be Here,” is one of our favorites of 2016.  He’s spent all Summer on tour with Florida Georgia Line, but sees the “Down Home” Tour as a way to connect with fans in smaller venues who have supported him along the way.

This is Cole’s 3rd annual headlining “Down Home” Tour and the first time he has teamed up with CMT On Tour, whose alumni include Kip Moore, Thomas Rhett and Brett Eldredge.  As with previous tours, Cole will drop the “Down Home Sessions III” EP on October 28th, so fans will have some new music to enjoy at the show.  Check out the dates below!  Opening acts are Cole Taylor, Travis Denning and Jon Langston.

Watch the video for “You Should Be Here” below and pickup a copy of Cole’s latest album on iTunes now! 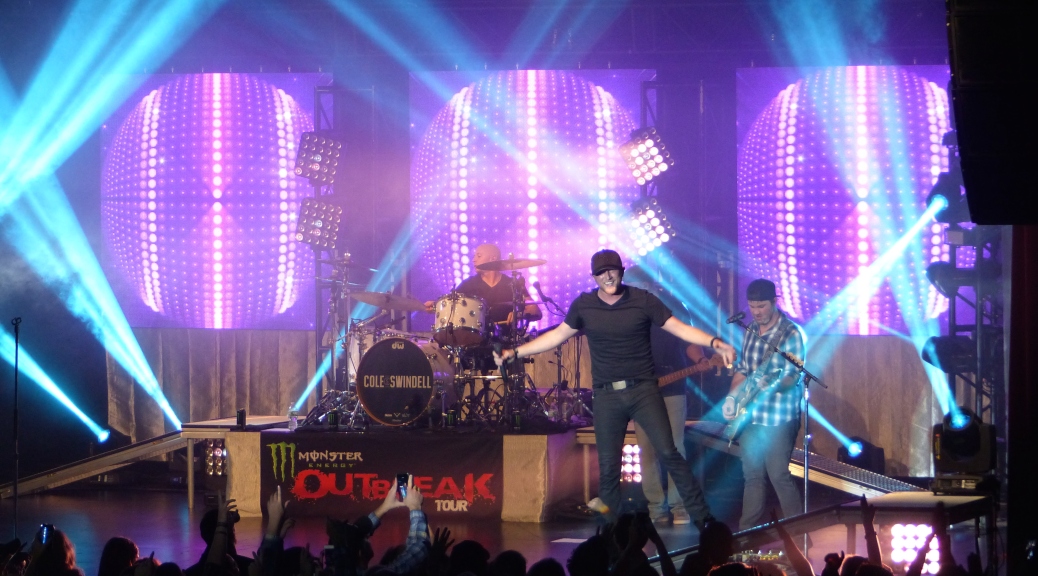 Cole Swindell’s second “Down Home” Tour kicked off last night at the Playstation Theater in NYC. Cole’s tour was the second country tour in as many weeks to have the first show in New York, and with good reason. (Thomas Rhett and Brett Eldredge’s “Suits and Boots” Tour hit Terminal 5) The country fans in NYC are crazy, passionate and excited about the music. The whole venue was singing and dancing all night long, even to the house music. Cole is the first country artist to headline the Monster Energy Outbreak Tour (alumni include Macklemore, Iggy Azalea, and Wale) 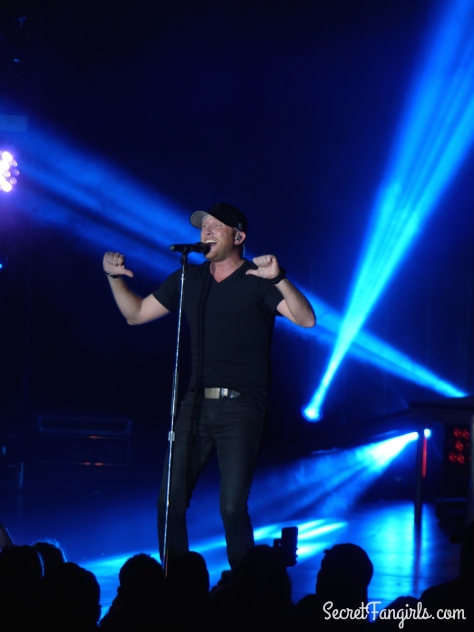 The crowd’s energy was off the charts for the first night of tour and Cole was just as hype, making sure to give attention to the fans in the balconies, in the pit, and all the way to the fans in the back row of the venue! He encouraged fans to “get up” on each others shoulders, while many in the crowd were busy doing 12-ounce curls. Let’s get weird, y’all! 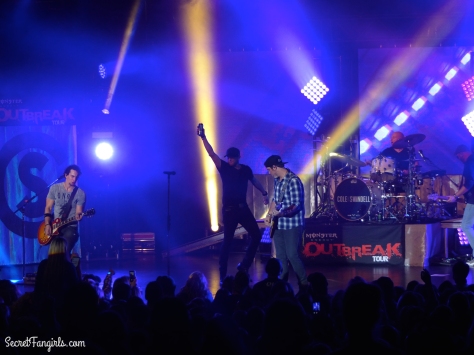 It was one of those shows where you found yourself going “YES! THIS IS MY JAM!” for pretty much every song in the set. Cole has had 4 #1 hits from his debut album and counting, the latest being his single “Let Me See Ya Girl.” (OUR #1 JAM). Cole got his start working as a songwriter in Nashville and he’s written hits for Luke Bryan, Florida Georgia Line, Thomas Rhett & more. 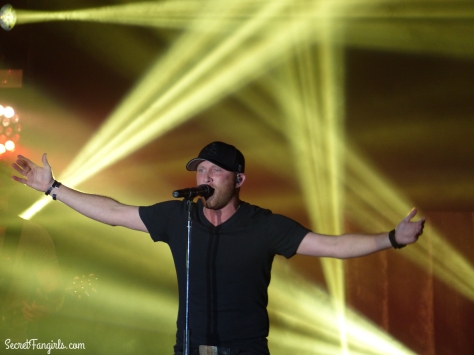 The tour was in support of Cole’s “Down Home Sessions II” EP, which was released last week. Cole played every track off the EP, and, judging from the crowd’s reaction, even more jams to add to your playlist. The tour also gave Cole the opportunity to get up close and personal with his fans, after spending most of the year in stadiums opening for Luke Bryan and Jason Aldean. Cole has definitely picked up some on stage pointers from Luke! 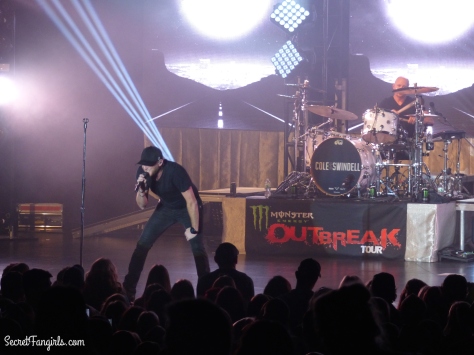 Of course, it wouldn’t be a country show without a some “USA! USA!” chants, which were especially fitting for the Veterans Day show. Cole’s hit “Ain’t Worth The Whiskey” was also the perfect song to end the night, as Cole told the audience he’d been “waiting to sing this song all day.” With Cole waving an American flag sourced from the front row, the entire crowd sang the last chorus for the troops. Cheers to a good country song! 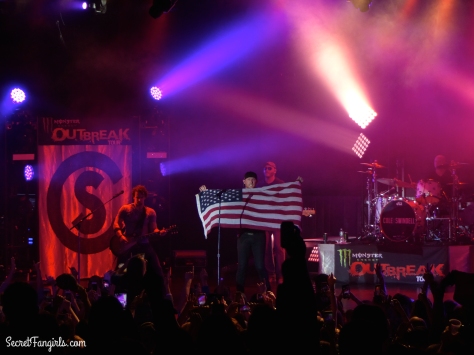 Setlist:
Down Home Boys
Hey Y’all
The Way You’re Lovin’ Me Now
Brought To You By Beer
Get Up
Hope You Get Lonely Tonight
Roller Coaster
Shuttin’ It Down
Dangerous After Dark
Blue Lights
Let Me See Ya Girl
Kiss
Ready
Get Me Some Of That
Beer In The Headlights
First Radio
Chillin’ It
This Is How We Roll
Ain’t Worth The Whiskey 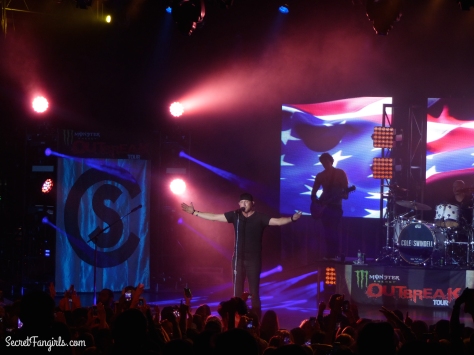 Be sure to pickup a copy of the “Down Home Sessions II” EP on iTunes now, grab your down home crew and get to one of Cole’s upcoming shows! 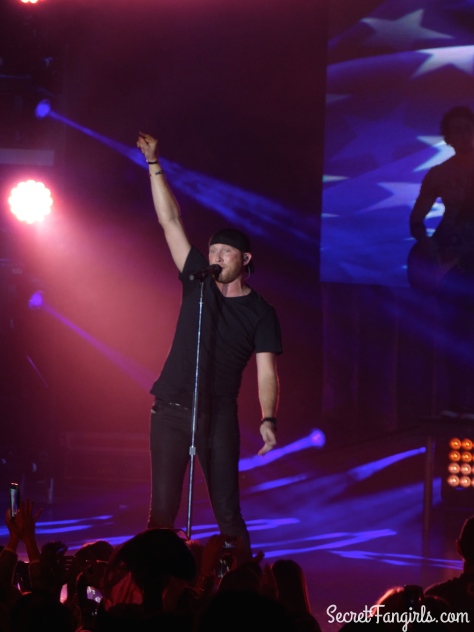 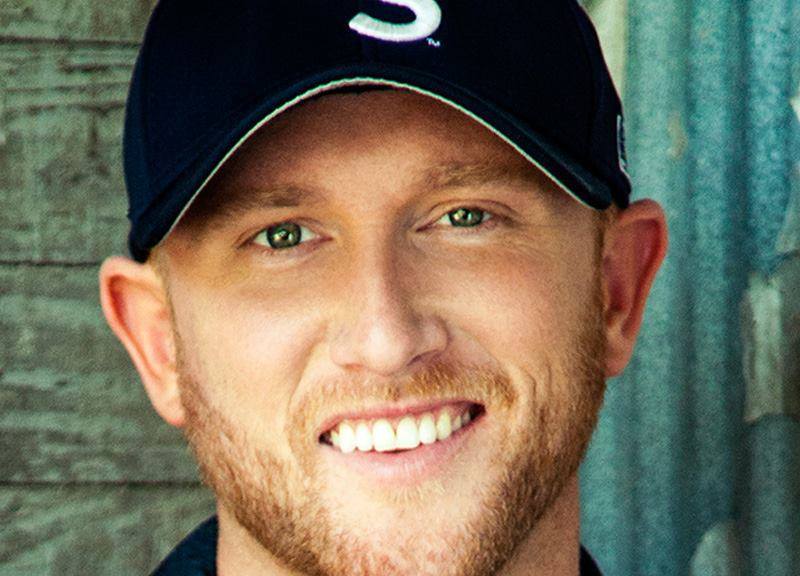 Hey y’all!  Country star Cole Swindell is set to release his second “Down Home Sessions” EP on November 6th! The EP comes just days before Cole’s headlining tour kicks off in NYC on November 11th.  We can’t wait to have new music to singalong with on tour!   The 5-track EP will be up for iTunes pre-orders on October 28th. Check out all of the dates for Cole’s Down Home Tour HERE!

Watch the video for Cole’s latest hit, “Let Me See Ya Girl” below.

Hey y’all!  Cole Swindell just announced he’s heading out on a Fall Tour!  Cole is the headliner for this year’s Monster Energy Outbreak Tour, with special guest Adam Sanders.  Past Outbreak Tour headliners have included Macklemore, RiFF RAFF , Of Mice and Men, and more.  Cole is the first Country artist to be featured as part of the Outbreak lineup.   Watch Cole’s announcement below, grab your down home crew, and get to a show near you!

Check out the dates below!  Tickets go on sale this Friday, August 28th.

Watch Cole’s latest video for “Let Me See Ya Girl” below.