Bryce Vine dropped his first major label album, “Carnival,” on July 26th and celebrated with a handful of shows including a stop at the legendary Webster Hall in NYC.  The sold out show doubled as a hometown show for Bryce, who was born in New York just a few blocks from the venue.

From the opening song, “Love Is A Blessing,” the crowd could tell they were in for an unforgettable night.  Everyone was singing along loudly throughout the show, from Bryce’s older material to brand new tracks from “Carnival.”    The singing was so loud at times Bryce just let the crowd take over and soaked in the moment, remarking that at times it was so loud it  was “almost irresponsible.”

Bryce closed out the set with his current hit, “La La Land,” which had the already energetic crowd in a frenzy.  He hopped off stage to get even closer to the fans but ended up landing badly and spraining his ankle!   You wouldn’t have had any idea what happened, as Bryce kept on performing and ended the song without missing the beat.

He triumphantly came back out after a short break, telling the crowd he “thought he broke his ankle” but that he couldn’t leave without giving his full set.   Bryce finished the show sitting in a chair on stage, still going just as hard as he had been throughout the night.  The encore included his smash “Drew Barrymore,” “Sour Patch Kids,” and most fittingly “Guilty Pleasure.”    It was a hella fun night and we’re sure Bryce and the entire crowd would do it all again! 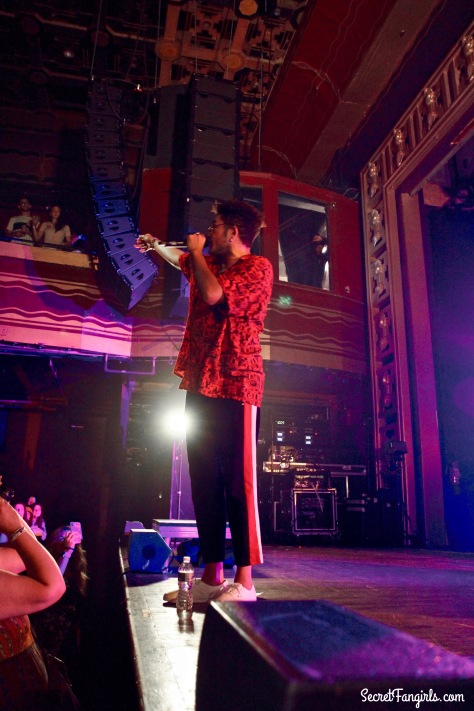 Pick up a copy of “Carnival” on iTunes or Amazon now and be sure to follow Bryce Vine & Secret Fangirls for more updates!