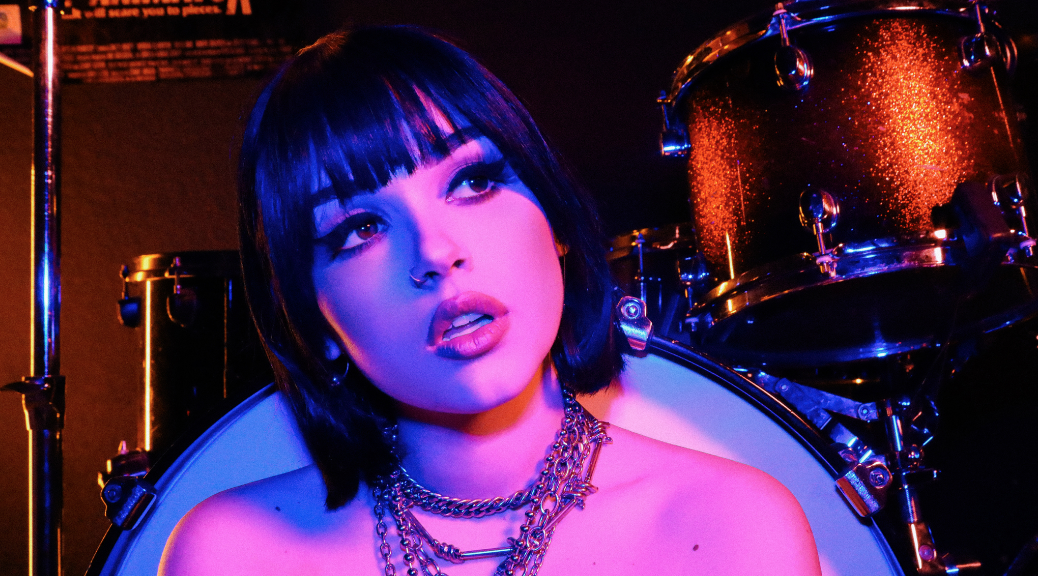 Goth GF Maggie Lindmann dropped her cinematic new video for her latest single, “Friends Go” and she’s fed up with being the third wheel! Maggie and her skate legend co-star Le’Andre Sanders crash her Barbie pink convertable in “Death By Third Wheel” directed by Van Alpert who’s worked with everyone including Post Malone.

When asked about his visual direction for the video, Alpert said, “I wanted the car to be a representation of Maggie‘s heart. The car crashing, bouncing and exploding in artistic ways gives you an overall feeling of excitement. When you lose your mind from being excluded from your friends or love, your heart goes through it, just like the car.  I strayed away from the obvious storyline, with the backbone being multiple beautiful crashes where no-one gets hurt.”

The new single, “Friends Go” is a further exploration into mental health issues and serves as a prelude to Maggie’s forthcoming full-legth project set to be released later this year. Since emerging with her breakthrough song “Pretty Girl”, she has swerved into a darker, more reflective approach with her music.  Along with documenting her foray into becoming a guitar shredding pop star, Maggie has amassed over a billion streams, over 3 million Instagram followers, and several fashion lines including her latest collab with Zumiez!

Grab a copy of Maggie Lindmann’s new single on iTunes and Amazon or stream it on Spotify now.

Be sure to follow Maggie Lindmann and Secret Fangirls on Twitter for the latest on your favorite artists!