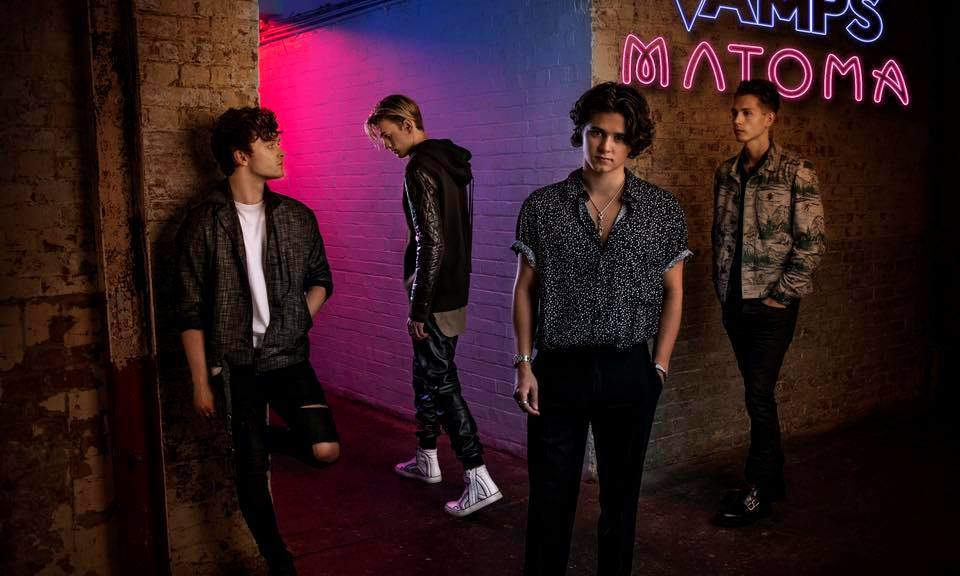 It’s been a minute since we’ve had some news to share from The Vamps, but they just dropped two HUGE new announcements today!   Fangirling level = HIGH.   First, their brand new single is dropping this Friday!  As in two days!   The single is called “All Night” and it features Matoma.  We can’t wait to blast it all night long after it drops!

As if new music wasn’t exciting enough, The Vamps also revealed that they are heading out on a headlining tour in 2017!  They’ll be hitting the UK and Ireland in April and May, Europe in May and June, the USA over the Summer (!!!) and South America, Australia, New Zealand and Asia in the Fall!

Up first are the dates for the UK and Ireland Tour.  Tickets go on sale Saturday, November 19th at 10am.  As usual, the band is making sure to offer affordable tickets and will have special seating areas and VIP tickets as well.  New for 2017 is the brilliantly named “Brad Pit,” which  will get you a spot at the end of the runway.  Head over to The Vamps diary for all the info!

Check out a preview of “All Night” below and stay tuned for when it drops on Friday!

Be sure to follow The Vamps & Secret Fangirls for more updates!