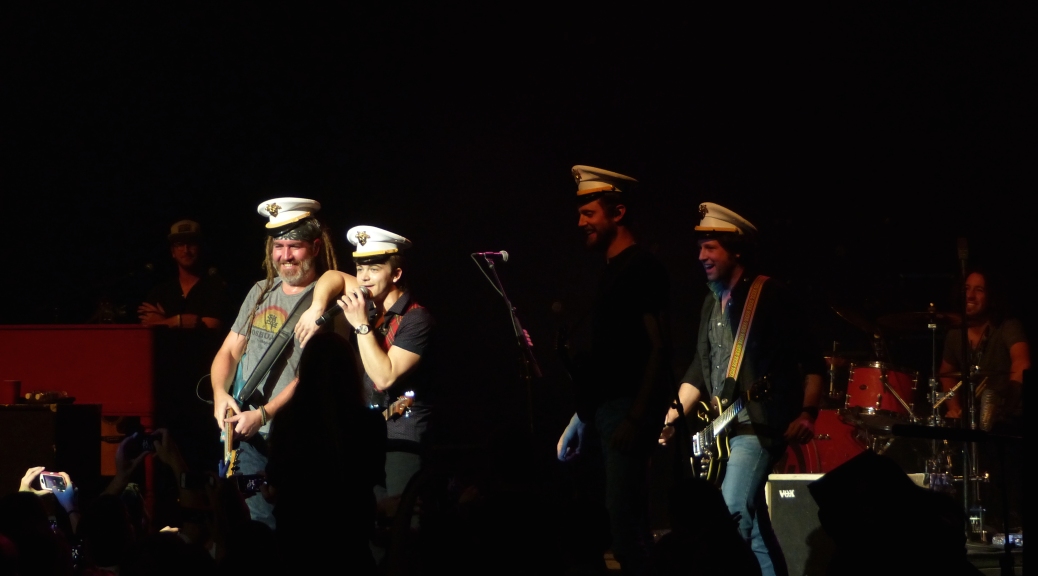 Hunter Hayes chose the stops for his current headlining tour, the “21 Tour,” by selecting venues in college towns where his music was popular on Spotify streaming.  Hunter is all about connecting with his audience, and for this tour he wanted to have a more intimate show and to play in front of some of his most passionate fans.  His plan worked.  The “21 Tour” stopped at Eisenhower Hall in West Point, NY over the weekend, and it was by far the craziest crowd we have ever witnessed at a Hunter Hayes show!

The packed house was full of energy from the moment Hunter walked out on stage, singing and dancing along to every song.  By the second song of the night, girls were up on cadet’s shoulders and rocking out.  Hunter’s epic guitar solo during “Secret Love” even inspired a little crowd surfing, something we never expected to see at a Hunter Hayes show!   (And we loved it.)

Hunter is one of our favorite artists to see live because of the emphasis he puts on his live show.  Of the (many) times we have seen him, we have never heard him play the same song the same way twice.  He likes to mix it up, adding extended solos and new vocal stylings, or just jamming with his band.   He played material from the upcoming “The 21 Project,” along with some old favorites including “Where We Left Off,” which he dedicated to the troops. 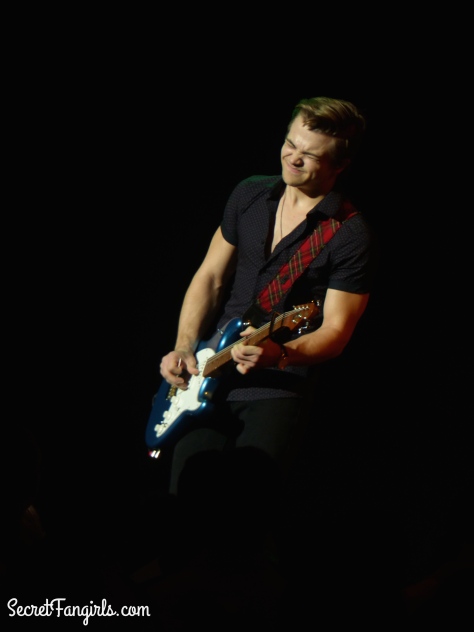 Hunter has shown lots of support for the military over the years, and took the time to thank and acknowledge the crowd, explaining what an honor it was for him to play at West Point.  And the love went both ways.  A spirited group of cadets in the front row gave Hunter & his band their hats to wear for a memorable moment on stage.

SO MUCH FUN singing with West Point tonight! It was such an honor to be here. God bless and thank you!!!

Hunter’s band got some much deserved love as well – after the crowd started chanting “dreads,” bass player Matt Utterback had his moment in the spotlight.

We have to thank Hunter for always mixing things up.  This was definitely one of the most memorable shows we’ve ever been to, from the beautiful & historic location to the insanely awesome crowd and of course the talented Mr. Hayes.   We can’t wait to see what he has in store next!

Setlist – Eisenhower Hall – October 24th 2015
Tattoo
Storm Warning
Storyline
Young And In Love
I Mean You
Somebody’s Heartbreak
Suitcase
Everybody’s Got Somebody But Me
Saint Or A Sinner
Secret Love
Where We Left Off
Invisible
Wanted
21
Light Me Up
Shut Up And Dance (Cover)
I Want Crazy
Encore:
Rainy Season
Love Makes Me

Visit HunterHayes.com to check upcoming tour dates and to pre-order a copy of “The 21 Project!”