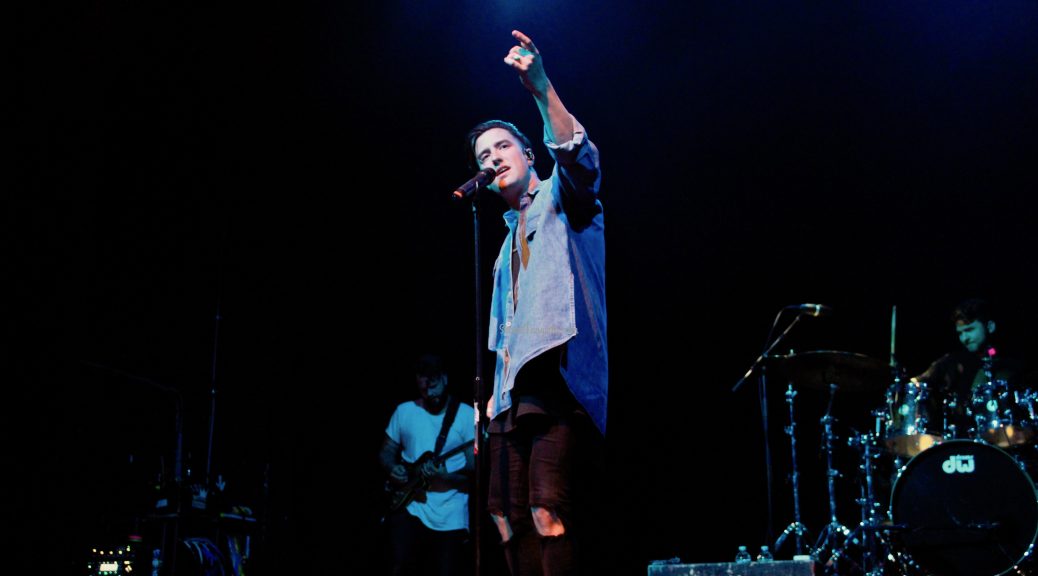 Logan Henderson played a high energy set to a packed crowd at NYC’s Gramercy Theatre over the weekend.  It was his first solo tour and he performed his entire debut album, Echoes of Departure and the Endless Street of Dreams – Part 1.  The concert, presented by Z100, also featured  openers Skela and Thutmose.  Logan showed off his songwriting skills with new unreleased tracks like “Zodiac,” “End Of The World,” and an upbeat high energy encore of “Body Language.” With the addition of a live band backing the show, Logan made sure the crowd had the best night whether they knew the words or not.  After taking a lengthy break from the spotlight, he debuted new solo music with a darker grunge pop sound and we love it!  He honed his songwriting skills while still in Big Time Rush, and even played a song he wrote while on their last tour called “Change In The Weather.” Logan is no stranger to performing for massive audiences and his on stage energy was infectious.  He had the whole crowd singing and dancing along to every song all night long! Crowd favorites included “Sleepwalker,” Logan’s first solo track, and “Bite My Tongue.”

Watch our clip of “Body Language” below.

Make sure you grab a copy of his debut album “Echoes of Departure and the Endless Street of Dreams – Part 1” on iTunes or Amazon now.  Catch Logan Henderson performing at Billboard’s Hot 100 Fest at Jones Beach this August!