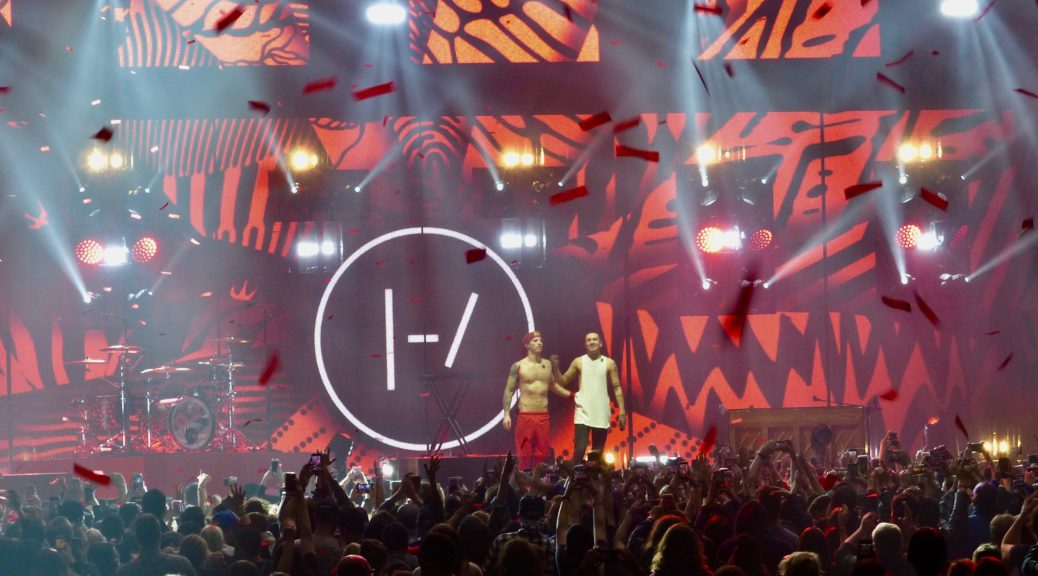 Tyler Joseph and Josh Dun have been on their wildly successful “Emotional Road Show” for the better part of a year but these two are ready to slow it down after sold out shows, and a GRAMMY win.  Not too slow because they just announced a string of special home town shows in Columbus, Ohio in mid-June.  Tyler and Josh will be playing several special venues that celebrate their growth and history as a band coming from Columbus and giving fans the chance to see them in small venues again.

They’re calling these shows “Tour de Columbus” and will see them playing venues like The Basement, Newport Music Hall, and Express Live! in their hometown of Columbus, OH.  Watch the video below for details on how to register and the rules for entry.   Registration for for pre-sale tickets is closed. Good luck to all who entered!

If you haven’t already, grab a copy of “Blurryface” on iTunes and Amazon.