Fall Out Boy just announced a brand new tour called “WinTour Is Coming” in February 2016!  The massive arena tour will feature AWOLNATION and new rockers PVRIS!  All three bands will be hitting arenas around the United States in March for a final celebration of the “American Beauty/American Psycho” album.   Check out the tour poster and dates below!  Tickets go on sale this Friday, October 16th. 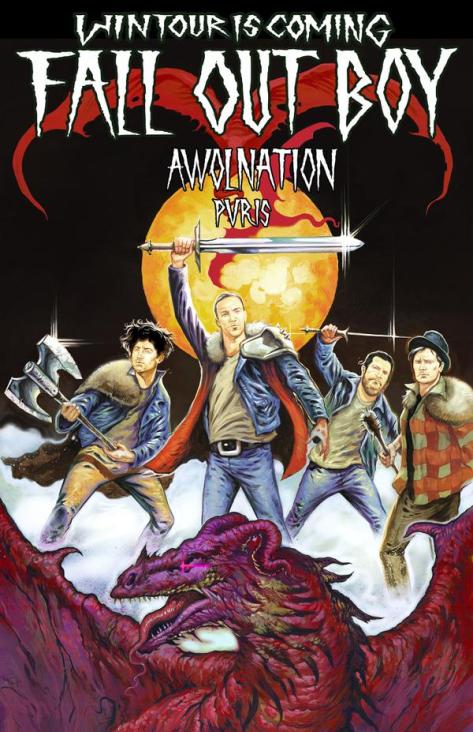 One thought on “Fall Out Boy Announce “WinTour Is Coming” 2016”